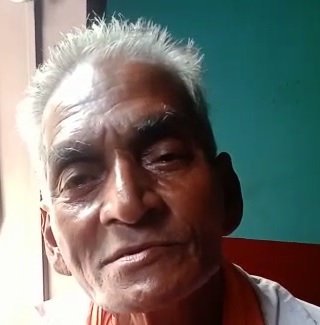 “Praise the Lord for His marvelous faithfulness to us. We are seeing very good results in our harvest fields here in India. Thank you so much for your intercessory and financial support.”
.

“A man named Santosh living in a region where the gospel is strictly prohibited suffered from an incessant case of typhoid fever. He had been under the care of a doctor for a long time without any recovery. His health had seriously deteriorated, and he and his family were overcome with worry. But when our Elijah Challenge workers came to pray and to minister to him with the supernatural authority and power of the name of the Lord Jesus, Santosh was supernaturally healed. He then accepted Jesus as his only Lord and Savior.”
.

“Kusum had severe arthritis rendering her unable even to stand up and to walk. She was a poor widow and had no money for medical treatment at the local hospital. But her relatives knew about our Elijah Challenge workers, and asked her to attend a meeting at one of our house churches. There they ministered to her in the marvelous name of the Messiah Jesus, and Kusum was wondrously healed from the arthritis and accompanying pain. Along with her family, she accepted Jesus Christ.”
.

“For a long time a woman named Dalima had swelling over her face and body. Treatment by a doctor along with prescription medication failed to reduce the swelling. Then when our Elijah Challenge workers came to pray and to minister to her in the wondrous name of our Messiah Jesus, the swelling miraculously subsided. Dalima was completely healed. She decided to believe in our Lord Jesus as her Savior.”
.

“Jatin, a middle-age man, had had a stomach infection for the past two years. Most of the time he would suffer from indigestion and pain in his stomach. It was difficult for him to eat. He then attended one of our house churches where our workers prayed and ministered to him in Jesus’ name. Wonderfully, the Lord healed him. Now Jatin is able to enjoy eating food normally. He put his faith in Jesus Christ as his Lord and Savior, and is now attending the house church regularly.”
.

“A young girl named Rani suffered from a fever, coughing, and pain in her body. Even after ten days in bed while taking medication her body could not recover. Her parents became distraught over their little girl. Then our Elijah Challenge workers came to pray and to minister to Rani in the powerful name of their Messiah Jesus. Rani was miraculously healed. Her parents then believed and accepted the Lord Jesus as their Savior.”
.