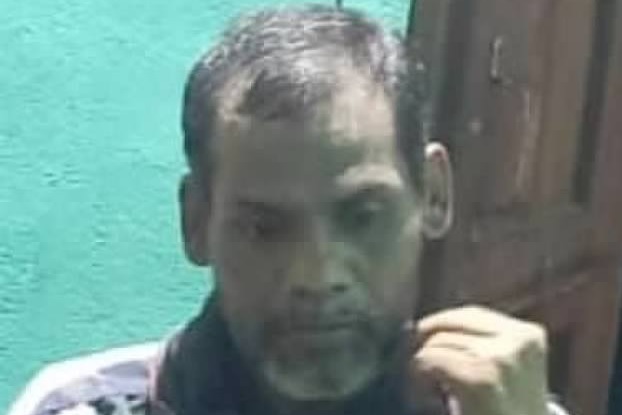 “Thank you so much for your intercessory and financial support for the extension of His kingdom in India.

This past week we traversed through four districts, and I was astonished to see hundreds of villages where Jesus Christ is unknown. Today, sadly, most mission work takes place in towns and cities—which missiologically speaking are “reached”, and villages are basically ignored. I wish that the workers of other ministries as well can also be trained to heal the sick and cast out demons in order to reach the Hindus more effectively and fruitfully, especially so that Hindus who accept Jesus will not return to their Hindu gods. Please pray that in the days ahead we will be able to train “ordinary” believers to be powerful witnesses for our Lord Jesus.  We praise the Lord for how fruitfully He is already using our trained harvest workers.”
.

“Digam (above & below) had had a very severe stroke leaving him unconscious for a few days. He was treated at a hospital, but afterwards still could not talk or walk. Visits to two better-equipped hospitals in two districts didn’t bring much change in his condition. After being treated in a hospital specializing in ayurvedic medicine he regained consciousness, but still couldn’t speak. After that he was taken home. It happened that near Digam’s home one of our house churches was meeting. He was taken there, and after receiving ministry in Jesus’ name the Lord graciously touched him. He is now walking and talking—a fact that did not go unnoticed by the people in his neighborhood who knew that he had been paralyzed after a stroke and that Jesus had miraculously healed him. Digam accepted the Lord Jesus Christ, and undoubtedly will be an effective witness for Him.”
. “A poor man named Samath (below) had suffered a stroke affecting the right side of his body, especially his right leg and right hand. For several days his condition was serious. Samath couldn’t talk or walk or do much else for that matter. He couldn’t afford good treatment because he was a poor laborer. But the Lord healed him miraculously as our Elijah Challenge workers ministered to him in Jesus’ name. He is now walking and talking and doing everything normally. Samath and his wife accepted Jesus Christ as their only Lord and Savior.”
. “During the night a seven-year-old boy named Raghab (below) suddenly became demon-possessed, screaming and shouting. His parents asked the demon who it was and why it had come to attack their son. The demon replied “I am the god of this house and I need the sacrifice of a chicken and a goat.” The parents were initially confused as what they should do. But then they went to the home of one of our Elijah Challenge workers asking them to come. Our workers went and rebuked the demon in Jesus’ name, commanding it to leave. It promptly left and the boy was completely set free and delivered. Raghab’s grateful parents accepted Jesus Christ as Lord and Savior.”
. “Nalini’s (below) entire body was swollen. Her family took her to see a doctor who prescribed medicine for her from a hospital. The medicine proved to be ineffective, so her husband called for a sorcerer who came demanding 20,000 rupees in payment to cover the sacrifice of three goats. But the rituals had no effect on Nalini’s swelling. Our Elijah Challenge workers then went to their home and ministered to her in the name of Jesus Christ. Wonderfully, the swelling disappeared. The family believed and accepted Jesus Christ.”
. “Suresh (below) had been vomiting blood for a long time. Medication did not help to stop the vomiting. He changed medication, but the vomiting of blood continued. After our Elijah Challenge workers ministered to him in Jesus’ name, the vomiting ceased and Suresh was healed. He then accepted Jesus Christ.”
.