The name of Jesus puts sorcerers to shame (like Elijah vs the prophets of Baal); Hindus healed from COVID & accept Jesus 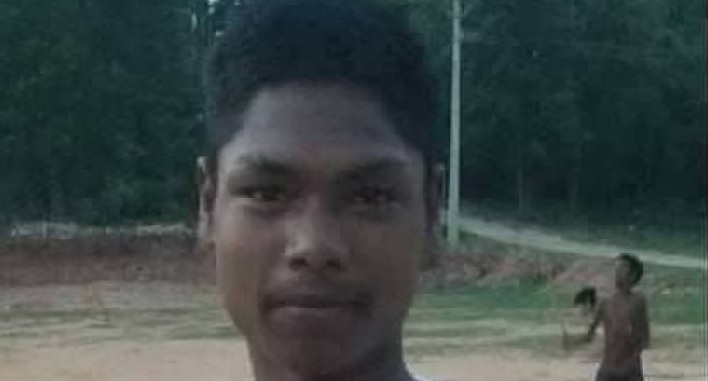 “Greetings to you in Jesus precious name! Thank you so much for your intercessory and financial support for the extension of His kingdom here in India. Especially during this critical time period, we rejoice to see our harvest workers bearing good fruit for the Lord. In many places our new believers are being baptized, and in other places baptisms are being scheduled. It’s a great blessing from God.”
.

“While playing soccer, Kuldip (above & below) was strangely attacked by demonic forces and started screaming. The other players gathered around him trying to calm him down but, displaying unusual strength, Kuldip was totally out of control. When more of his friends came to help, they were able to take him home. There the demon had Kuldip shouting, screaming, jumping around, and creating havoc. His shocked family summoned a sorcerer, but he was helpless to do anything. Then our Elijah Challenge workers arrived on the scene. They commanded the demon to leave in Jesus’ name. It left without any fuss. Kuldip and his family accepted Jesus as their only Lord and Savior.”
.

“Ramesh (below) had been bitten by a poisonous snake. His family taken him to a sorcerer. He was given turmeric water to drink, but his condition become very serious. Somehow the family heard about our Elijah Challenge workers and asked for their help. They rushed to their home and ministered to him in Jesus’ name. Ramesh miraculously recovered from the snake bit. He put his faith in our Lord Jesus Christ.”
. “For ten to twelve days, Sumita Lugun (below) had fever and cough—the symptoms of COVID-19. Despite taking the medicine her doctor prescribed, her condition deteriorated and became serious. One day she just lost consciousness and fainted onto the floor. Her family immediately summoned our Elijah Challenge workers. They went and ministered to Sumita in the wondrous name of our Lord Jesus. She opened her eyes and began to speak. And she was miraculously healed from the fever and cough. Sumita accepted Jesus as her only Lord and Savior.”
. “Pramila (below) had COVID-19. Despite taking medicine she was not getting well, but instead getting weaker. Then our Elijah Challenge workers ministered to her in Jesus’ name. Pramila was miraculously healed. She accepted Jesus.”
.

“Janani (below) had fever, cold, cough, and vomiting. Her children urged her to go to the hospital, but knowing that many people had died after being admitted for COVID, she adamantly refused. Then our Elijah Challenge workers ministered to her. The Lord touched Janani and she was miraculously healed. Her entire family put their faith in Jesus Christ.”
.