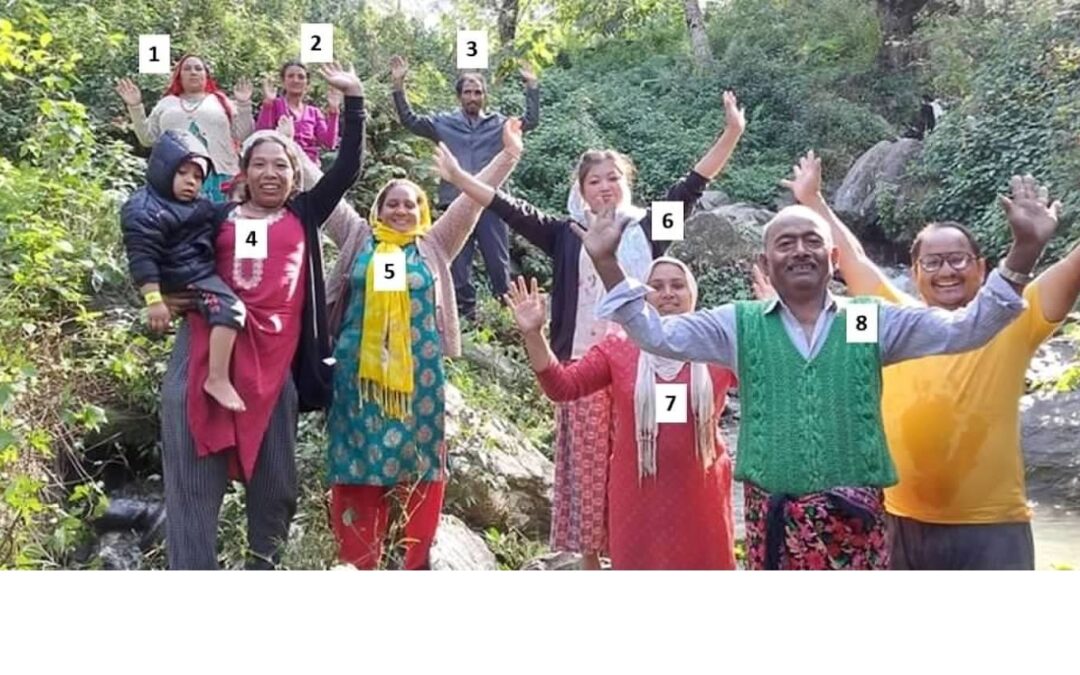 (Above) This is their meeting place.

These are the testimonies of all the 8 persons

No 8 – Puma Raj BK (Kumar Kami is in his ID card)
Puma Raj BK is a Village Elder (Chair person who holds Official Authority) for 10 years and all village people respected him so much. He was also involved in witchcraft and used it to “heal” people for a long time. He inherited this witchcraft job from his ancestors. He was a “healer” for his village people for a long time but his family was going through massive problem. His has 4 daughters and one son. Three of his daughter lost their husbands and they are still under 24 years old. Meantime his son fell down from a tree and broke his backbone and he couldn’t walk. His wife became a drunkard and he also started to lose his hearing.
Satya Lal who is a church member of Ps Pramod’s church in Pokhara is from this remote village Patletkhet. He introduced Puma to Min Bahadur Lopchan to ask Min to command healing for Puma. After many years of pain, our trained minister, Min came to this village with the gospel of Jesus Christ and he began to command healing over Puma. Puma was healed instantly and he was wondering who is this person and how can he heal without sacrifices of animal. He started asking questions and at the end, he wanted to give his life to Jesus. This was a very strange thing for the villagers and they started to argue with him because he is the one how always represented the village in front of the idol with sacrifices for the village. Now they are confused what has happened to him.
.
Puma invited Min Bahadur Tamang (the person who commanded healing over him) and Pastor Pramod to cleanse his house because there are so many idols and objecs they believe that there is power of demons. That day many were healed and they gave their lives to Jesus. In April 2021, a house church started in this village. Some people stood against Puma and filed a case to the local police office. It is illegal to convert from Hinduism to in other religions in Nepal. But God gave victory miraculously to Puma. By the blessings of God, the house church is growing very fast.
Satya Lal has now become a disciple of Min Bahadur Lopchan to go to command healing together.

No. 7 – Sarita Sunar’s husband used to abuse her. She is currently living with her parents. She has a daughter. Sarita went through depression and started to do strange things. Puma introduced Sarita to Min. After Puma shared his testimony, Sarita agreed to allow Min to command healing for her. After Min commanded healing for Sarita, she fell to the floor. After she got up from the floor, she was completely healed. She then accepted the Lord as her personal Savior.

No. 6 – Chandra Pun. She and her mother had piles. After Min commanded healing for her and the mother, both were healed and accepted the Lord. Her mother has yet to be baptaized.

No. 5 – Bhagwati BK – She was demon possessed. She is Puma’s daughter-in-law. Whenever there was a Hindu festival or during full moon, she would speak in a frightening voice. Min went to her village and commanded the demons to leave her body. She was well and accepted the Lord.

No. 4 – Mithu BK – She was demon possessed. When Bhagwati was healed, Bhagwati introduced her to Min. After a long time of refusing to meet Min, she decided to go to Min for deliverance. Min delivered her of the evil spirits. She was well and accepted the Lord.

No 3 – He is the husband of Mithu BK and he is known as Saila BK. He came to know about Jesus because his wife was delivered from the evil spirits. He accepted the Lord

No 2 – She is the wife of Puma. After Puma was healed and delivered, she accepted the Lord

No 1 – Chandra BK – She had headache and back pain for a long time. After Min commanded healing for her, she was healed and she accepted the Lord.

There were 8 out of 16 baptized on Friday 29 Oct. This village, Patlekhet in Myagdi district is pretty remote – 3 to 5 hours walk from other villages. It’s a good place for the ministry. 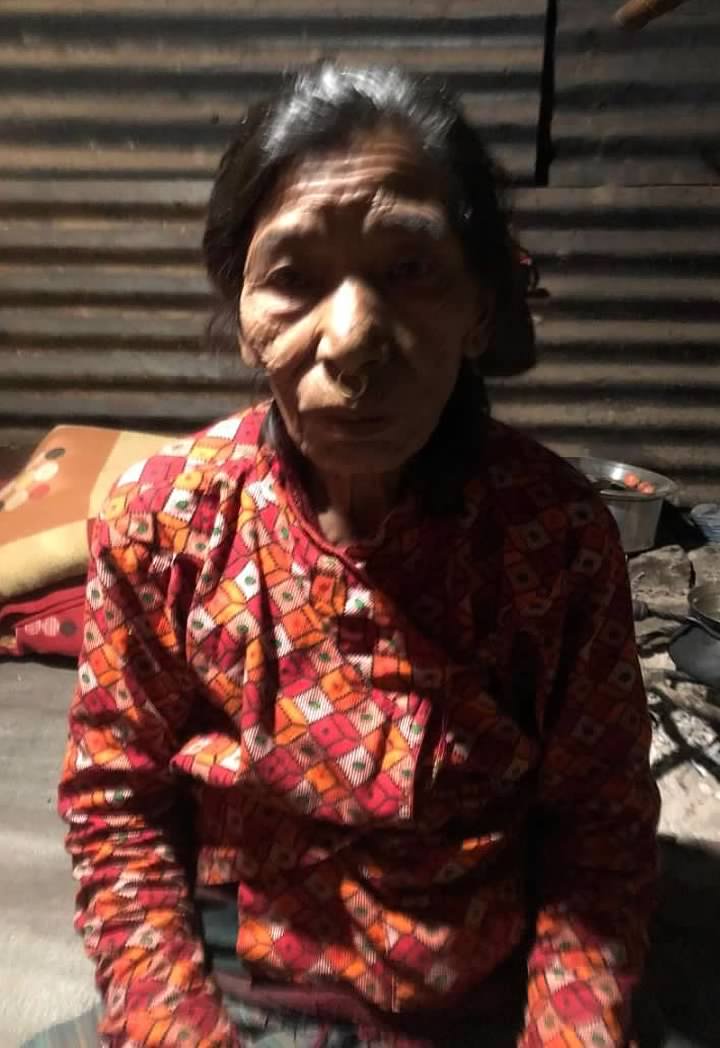 Her name is Maili Tamang. She is 61 years old. For the last 5 years, she had asthma. It was being difficult for her to breathe.
Her husband and son both were shamans (Jhakri in Nepali). Her son has died but her husband is still doing the same work as a shaman (Jhakri).
She went everywhere for her treatment but was not getting better. At last as her husband himself suggest her to look for one of our trained ministers, Pastor Nirmal Tamang for healing. We commanded healing in the name of Jesus of Nazareth and right at that moment, she was healed.
Her husband is still shaman (Jhakri) but she has believed the Jesus Christ as her personal Lord and the Savior. Praise the Lord! 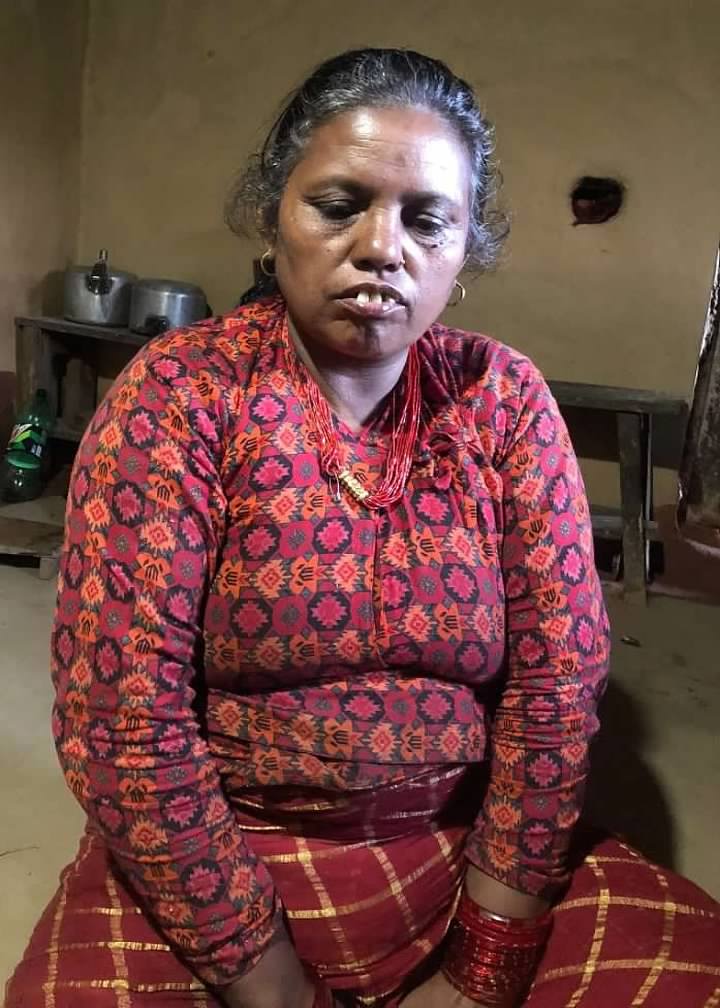 .
This lady’s name is Kanchhi Karkee. She lives at remote village of Sunapati Sandhidanda of Ramechhap district in Nepal. She had epilepsy for many years. After our trained worker, Pastor Nirmal Tamang commanded healing for her, she is now better. She has accepted Jesus Christ as her personal Savior after the healing on 6th November 2021. Praise God! 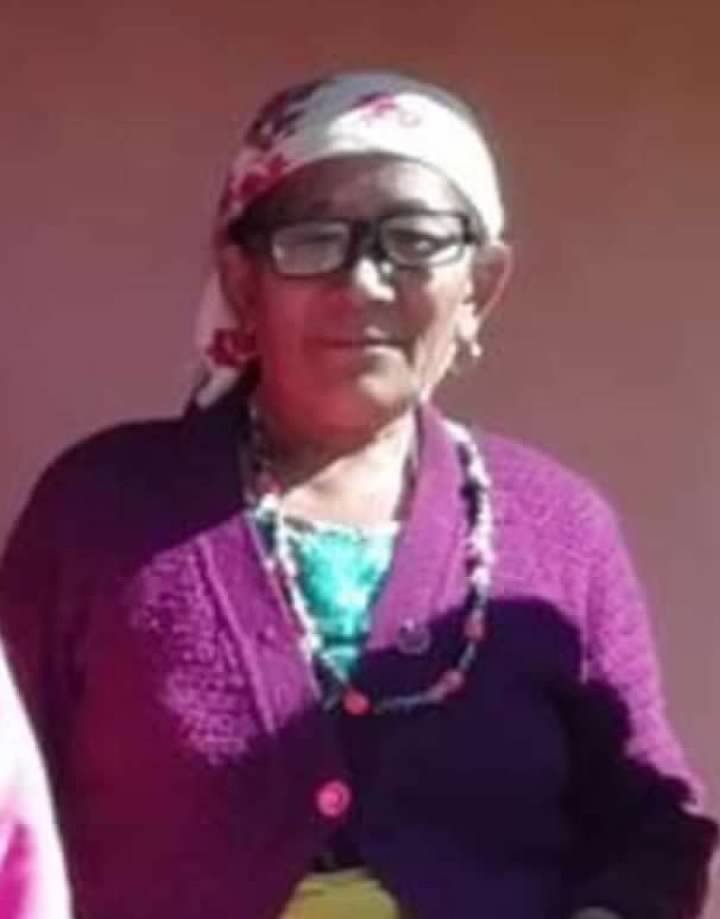 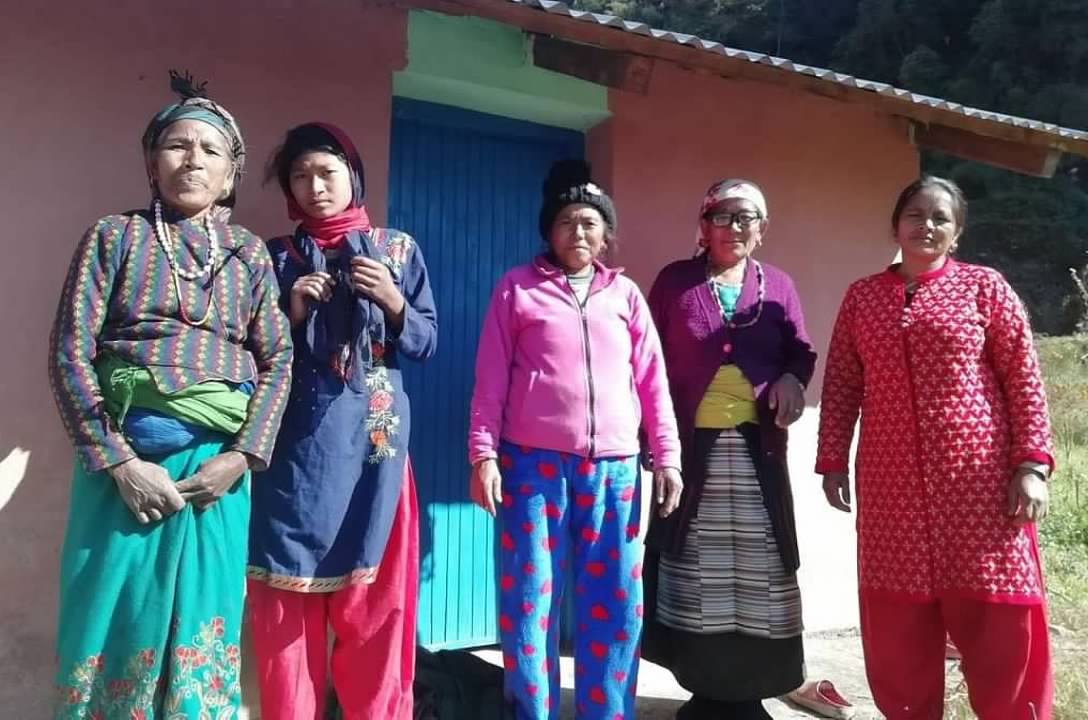 Our full-time minister, Sis Maya Sherpa had gone to new place at Ghunsa, Dolakha for Elijah Challenge ministry. She met a non-Christian woman. Her name is Doma Sherpa. This woman was suffering from neck pain and leg pain for long time. Sis Maya Sherpa asked her for permission to command healing for her. After commanding healing for Doma Sherpa, she was healed completely. 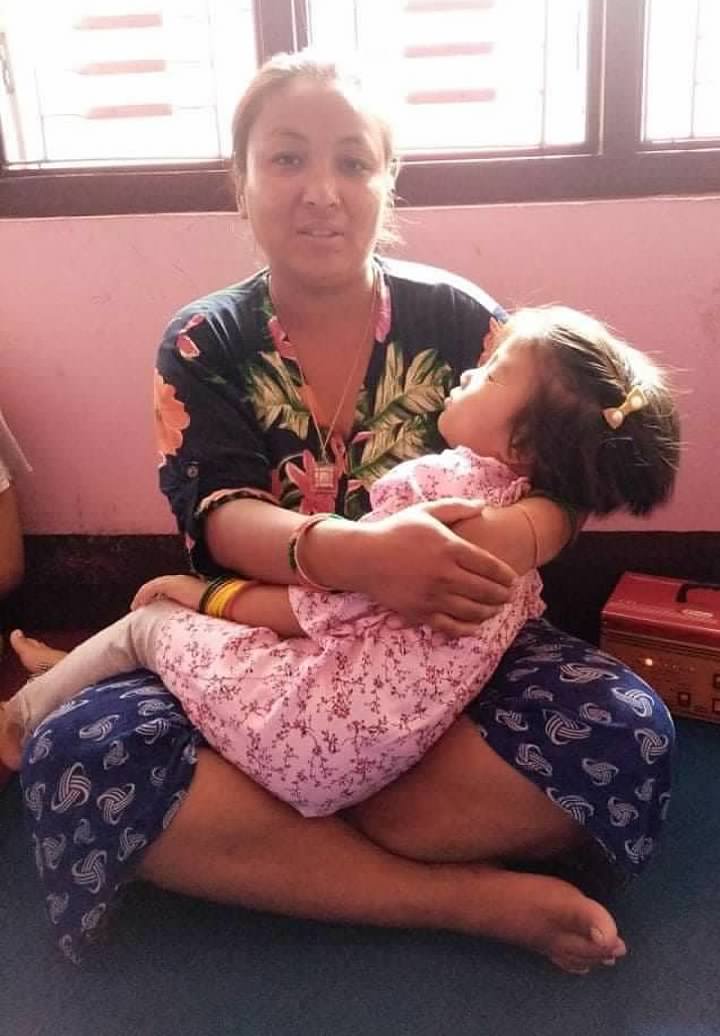 On 21 Aug 2021, Sis Suwarna Gurung had spirit of fear and after our trained minister, Bro Rajesh Tamang commanded the spirit of fear to get out, she accepted Jesus as her own Lord and Savior. 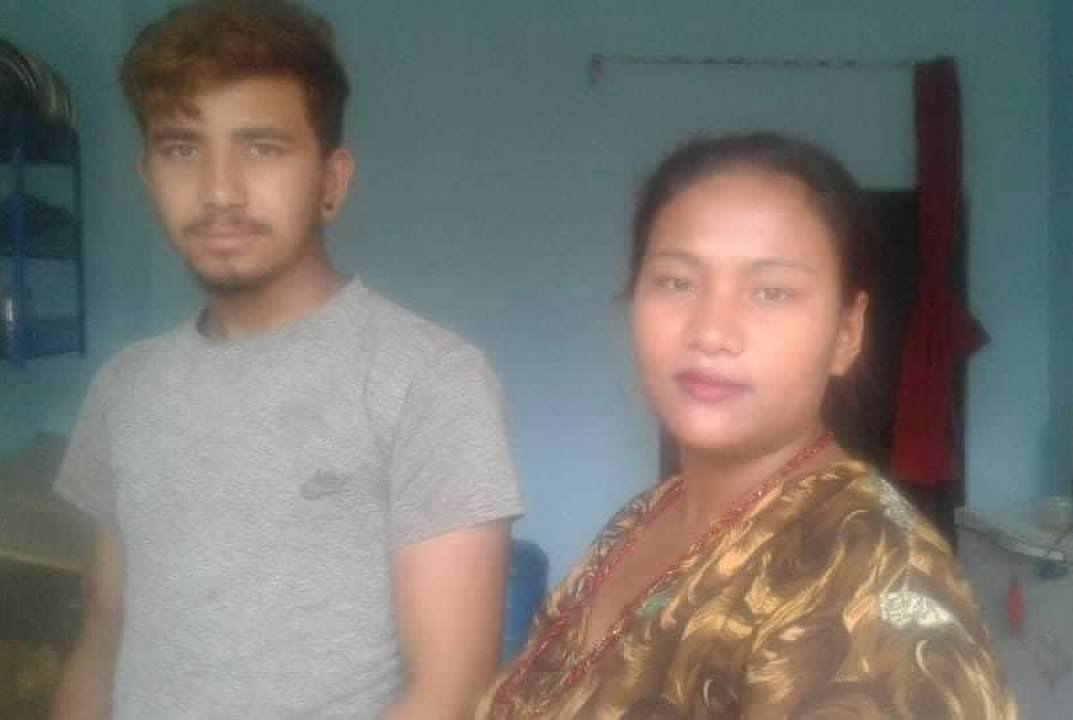 This couple, Dipesh Shrestha and Sanjita Shrestha’s baby boy had a hole inside the heart. Doctor said that the baby needs to be operated. Our trained minister, Bro Yujan Shrestha commanded healing for the baby boy and he was healed. The next visit to the doctor, the doctor checked and said that there is no need for an operation.

On 15th Sep 2021 by Bro Yujan Shrestha led this couple, Dipesh Shrestha and Sanjita Shrestha to accept Jesus as their personal Lord and Savior. 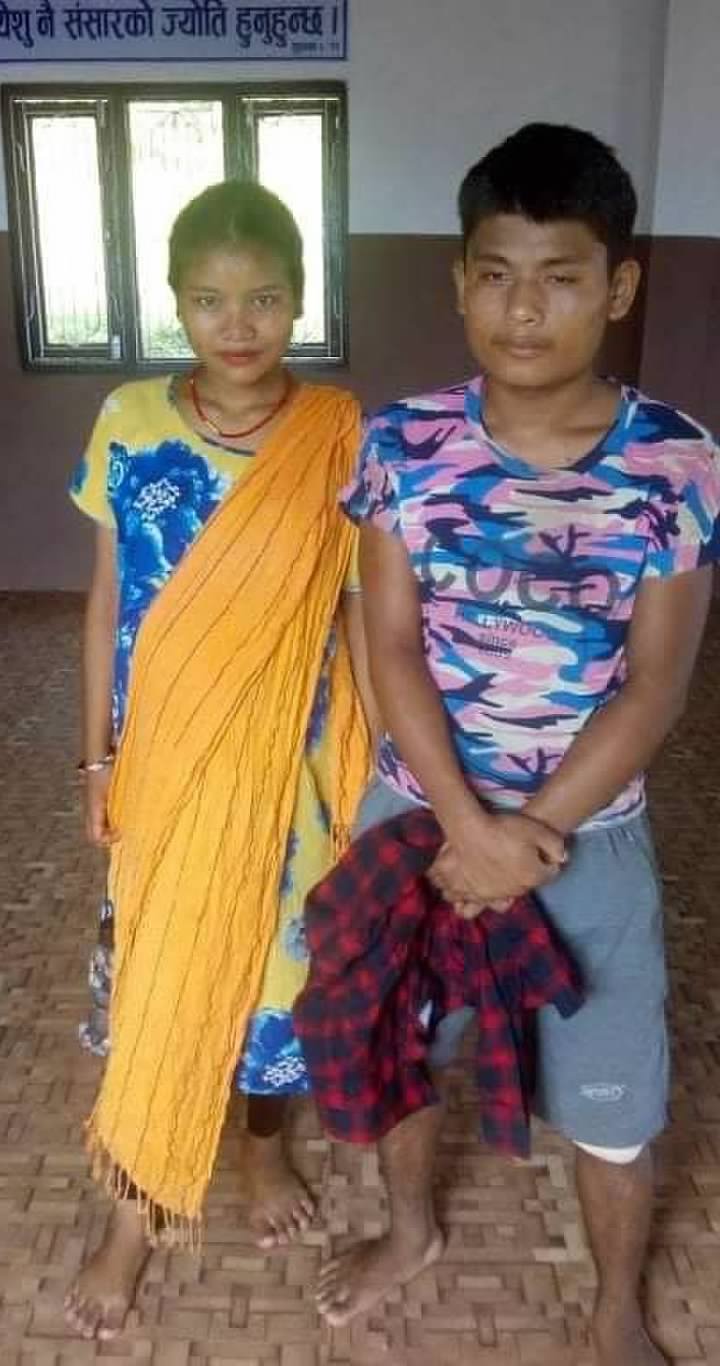 Man on the right is Bijay Chepang

.
This is Bijay Chepang accepting the Lord

Bijay Chepang in Kurintar, Nepal had boil in his leg. Bro Lok Bahadur Ranabhat commanded healing for him and he was healed.

On 18th Sep 2021, Bro Lok Bahadur Ranabhat led this man, Bijay Chepang to accept Jesus as their personal Lord and Savior. The Chepangs are from an unreached people group but praise God that Chepangs are coming to the Lord! (https://joshuaproject.net/people_groups/11322) 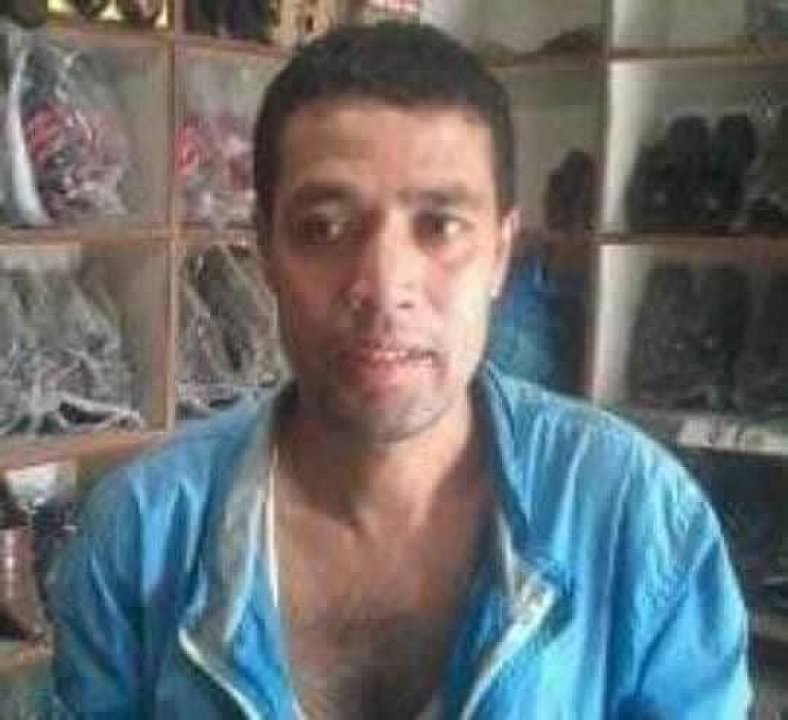 .
Rajkumar Roka at Balambu, Nepal has diabetes and needed to do dialysis twice a week. His wife is a believer but he was not a believer. Our trained minister, Sis Satsati Keden commanded healing and he became better. Last time, he needed his wife to accompany him for dialysis but now he can go by himself.

On 18th Sep 2021 by Sis Satsati Keden led Rajkumar Roka to accept Jesus as his personal Lord and Savior. 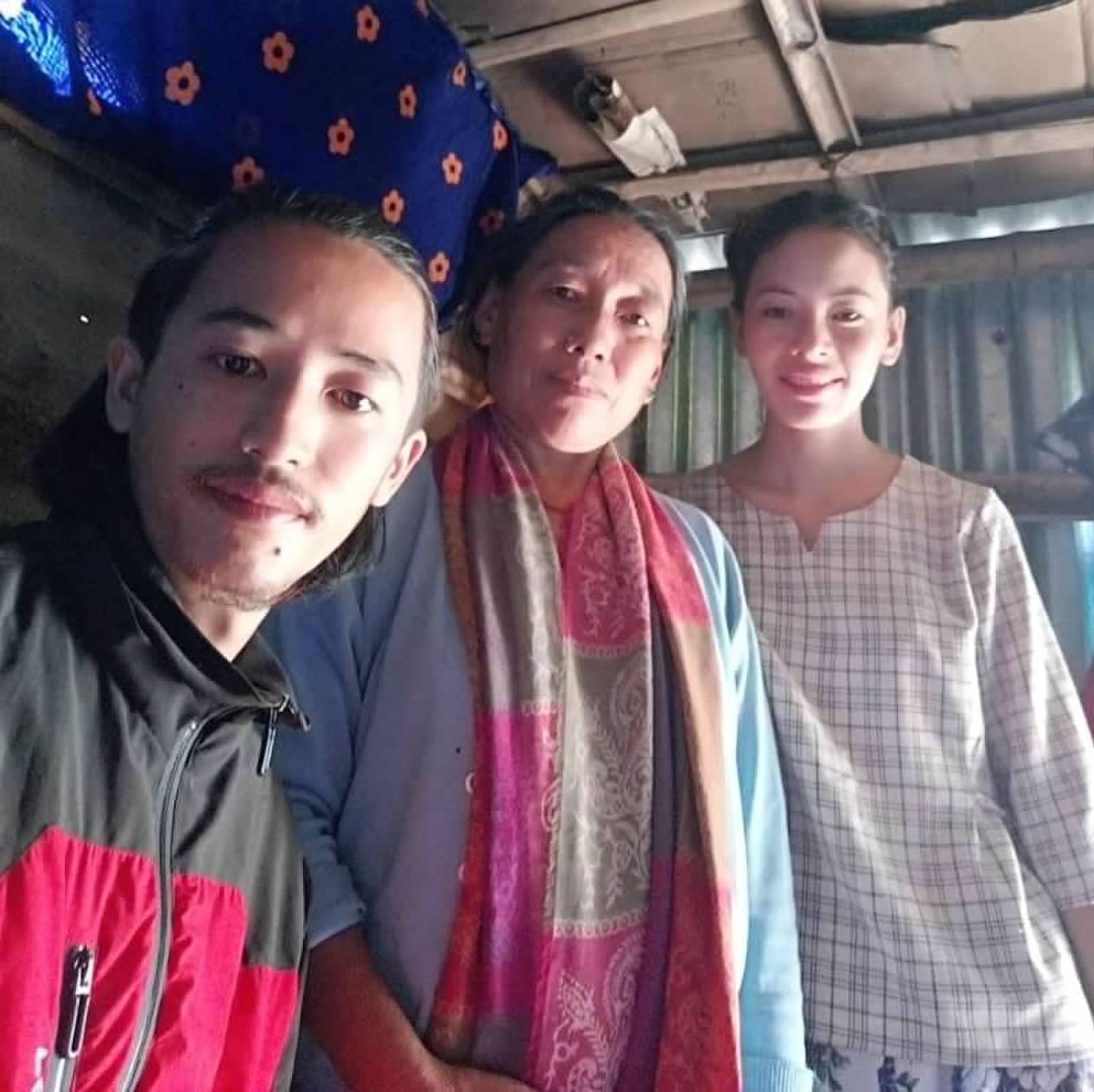 Monoj Tamang’s son had fever, diarrhea and loss of appetite for 1 year. They went to the hospital many times and went to see witch doctors too but this 2 year old child was not healed. Sis Satsati Keden commanded healing for the baby.

On 15th Sep 2021, after the son’s healing, Sis Satsati Keden led Monoj Tamang to accept Jesus as his personal Lord and Savior. 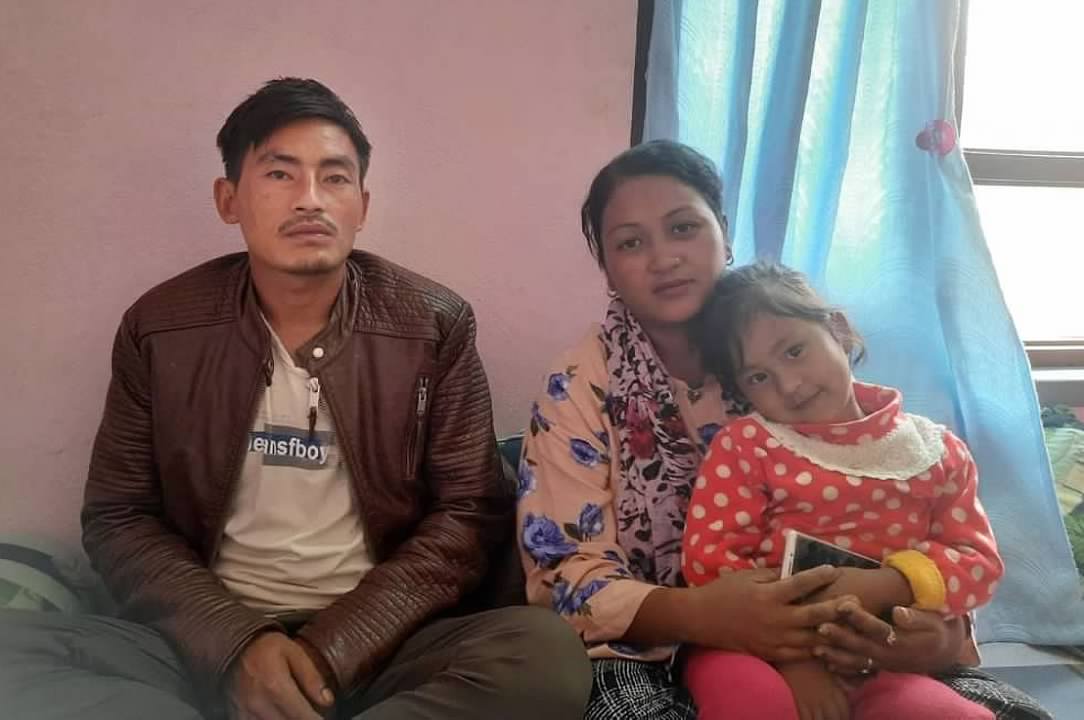