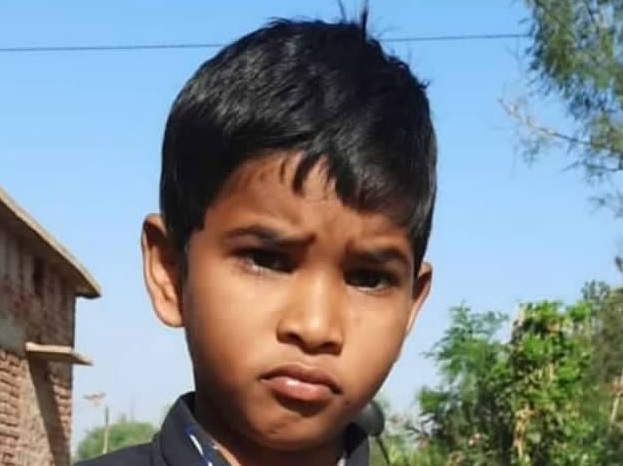 “Thank you so much for your intercessory and financial support.

The current situation with COVID-19 is now worse than it was last year when it first began. From various sources we have been informed about how serious the pandemic has become. Thank the Lord our believers and Elijah Challenge workers are safe until now..

Please continue to pray for us.”
.

Selected testimonies among many…

“Ten-year-old Abhisekh (above & below) had been mute since birth. Since he was the only son in the family, his parents were very grieved. They were advised to take him to various places for treatment and had spent much money, but Abhisekh remain mute. Then they heard about one of our nearly 800 houses churches and about the miraculous healings taking place there. They brought Abhisekh to the house church where our workers ministered to him in the name of Jesus Christ. On the third week Abhisekh began speaking for the first time. His parents believed and accepted Jesus Christ as their only Lord and Savior.”
. “For a long time Locan (below) suffered from an injury to one of his testicles. A few years back he had undergone an operation to restore it, but it wasn’t successful. His condition deteriorated and became so serious that Locan stopped eating. Somehow his family heard about our Elijah Challenge ministry, and so called our workers. They went and as they ministered to Lochan, the Lord healed him. Locan and his whole family put their faith in Jesus Christ as their only Lord and Savior.”
. “Padmini (below) had a brain disorder causing her to lose consciousness. Her husband called the sorcerer to come treat her, but it was fruitless. She was taken to the hospital where she was given medicine. But after a few months taking it her condition remained unchanged. But when our Elijah Challenge workers ministered to Padmini in Jesus’ name, she was healed from the disorder. Her entire family accepted Jesus.’
. “Manas (below) had very high blood pressure for a long time. Prescription medicine couldn’t lower it. Manas was also addicted to alcohol—which didn’t help him. Finally when his condition became very serious he thought he was going to die. But when our Elijah Challenge workers ministered to him, the Lord touched him, and his blood pressure went down to normal. Manas believed and accepted Jesus. He and his family are now attending one of our house churches.”
. “Tara Dandesena (below) suffered from both back and stomach pain. The medicine prescribed for him by his doctors failed to bring relief. When our Elijah Challenge workers ministered to him, the pain disappeared and Tara was healed. He accepted Jesus Christ.”
.