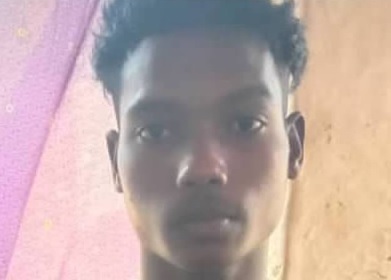 “Greetings to you in Jesus’ precious name! Thank you for your intercessory and financial support.”

.
Selected reports from among many….

“After a vicious attack by demons, young Samir Munda (above & below) living in the village of Bausamunda suffered from pain in his stomach and chest. Already three people in the village suffering the same symptoms as Samir had died. The doctor had not been able to save them, and so Samir’s parents were extremely fearful for their son. His father then summoned our Elijah Challenge workers to their home to minister to Samir. He was instantly delivered from the demonic attack and miraculously healed from the pain in the name of Jesus. Along with his very grateful parents, Samir accepted Jesus.”
. “Drupati Kisan lives in the village of Godposh. For the past year she could not move her fingers…it was as if her fingers were paralyzed. Several doctors treated her, but her fingers wouldn’t respond. Then our Elijah Challenge workers ministered to her in the wonderful name of Jesus, and Drupati’s fingers were totally restored. Drupati accepted the Lord Jesus Christ as her only Lord and Savior. In the photo below Drupati is shown moving her fingers.”
. “Shayam Bihar Yadev had a daughter named Gyanadevi (below: before and after) who was demon-possessed. For a whole month she was uncontrollable. The demon would shout through her saying that it would kill the whole family. Her father brought in sorcerer after sorcerer to deliver her, but none were able to help. Eventually they had to keep Gyanadevi locked up in a room. Our workers went to their home and commanded the demon to come out of her out in the powerful name of Jesus. The demon left, and she was instantly set free. The entire family accepted Christ.”
. “After suffering through a bout with malaria, young Anjana (below) lost her hearing. Her parents took her to several places for medical treatment, but her hearing could not be restored. Then then took Anjana to a Hindu priest who gave her medicine to take. Still she remained deaf. Finally her parents brought her to our Elijah Challenge workers. When they ministered to her, her hearing was totally restored. Her parents accepted Christ.”
. “Kajal Kaur (below) had had severe pain in her left leg for eight months. The pain was so unbearable that she once tried to commit suicide by drinking poison. She consulted a doctor who prescribed medicine for her. She took the drug faithfully for two months, but the pain in her leg would not subside. When our workers ministered to her in Jesus’ name, the pain disappeared. Wonderfully healed, Kajal accepted Christ.”
.