Poor woman bedridden with arthritis for months gets up and walks normally, accepts Christ with family 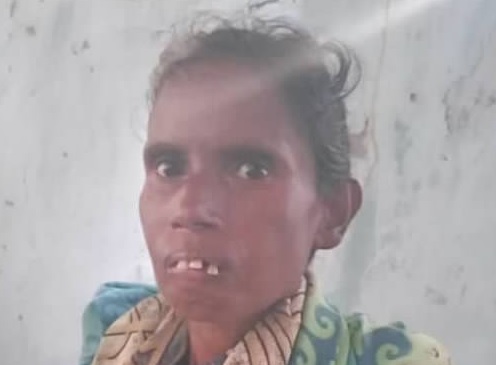 “Thank you so much for your intercessory and financial support. Praise the Lord for His grace upon us to reach unreached people groups with His supernatural power and authority.”
.

“Sambhu Munda (above & below) living in the village of Kendmal had been bedridden with arthritis for months. Being poor she couldn’t afford effective treatment. On a visit our Elijah Challenge workers ministered to her in Jesus’ name. She got up from the bed and began walking around normally. Along with her family Sambhu accepted Jesus.”
. “Dungdung (below) living in the village of Reluga had had a stroke. For the past year one of his legs had been badly affected. He had spent much money for treatment in a hospital as well as for a local doctor, but didn’t recover. Then over a period of three days our workers ministered to him in Jesus’ name. Dungdung began moving about normally. He and his family accepted Jesus Christ.”
. “Living in the village of Bhagapali, Payal (below) for a long time had a throat infection which caused swelling. A couple times she had been to the hospital for the pain she had especially while eating and drinking. One Sunday with her husband she went to one of our house churches. During the service the swelling and pain miraculously disappeared. Payal accepted Christ. She now continues to worship the Lord at the house church meeting.”
. “Sambarib (below), a young girl in the village of Badbeura, had been bitten by a poisonous snake and left in serious condition. She was nearly unconscious and her head was shaking badly. Our Elijah Challenge workers went and ministered to her in Jesus’ name, and then left. A few minutes afterwards Sambarib’s brother called to inform them that she had regained consciousness, and was fine. They accepted Jesus Christ as their only Lord and Savior.”
. “Puspa (below) had chicken pox. She lived in the village of Tudi. For a month the blisters from her chicken pox didn’t clear up. After being treated by a doctor, the chicken pox spread even more in her body. But two days after our workers ministered to her, the blisters dried up. She and her family were astonished. Gratefully they put their faith in the Lord and are now attending one of our house churches.”
.