PLEASE PRAY for Padma, a Hindu girl beaten up by family, kicked out of her home after accepting Christ 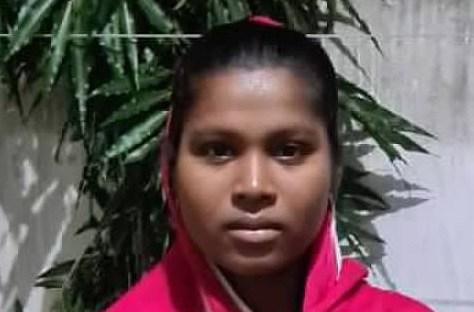 “A young Hindu girl named Padma began attending the prayer service in a remote village where one of our Elijah Challenge house churches had been meeting. The Lord graciously touched her and Padma accepted Jesus Christ. Her father asked her to stop going, but she kept coming to the service.

Last week her father and brother grabbed Padma and beat her up. They threatened to kick her out of the house if she didn’t stop attending our meetings. She would not give in to them, and so our worker took her into his home for a few days. Yesterday for her safety our workers brought her to our home. Now she is staying with us. As a Hindu worshiped her god, her candle goes out 3 times. The god Saibaba appears; says “Jesus is the one true God”

Christian Hospitalized for More than Two Weeks After Assault in India

A Christian father of seven in northern India was hospitalized for more than two weeks after Hindu extremists with iron rods interrupted his night prayers with his family and beat him at his home.

Pappu Kumar, released from a hospital on Thursday (Aug. 13), was praying with his family in Balawali village, Uttarakhand state at 9:30 p.m. on July 28 when a mob of at least 10 Hindu extremists appeared at his door, sources said.

The visitors told the 40-year-old Kumar, who put his faith in Christ just three months ago, to stop praying, said Mange Singh, a church pastor in the region who has been discipling Kumar’s family.

“Pappu responded that he was praying inside his house, and that should not bother anybody,” Pastor Singh said. “But the furious mob began to assault Pappu.”

The mob verbally abused Kumar as they kicked him and beat him with the rods, batons and fists, repeatedly telling him to stop following the Christian faith, Pastor Singh said.

“They intentionally threw Pappu on the heap of bricks that were placed near his house, so that they would cause him double injury,” he said.

Kumar sustained a severe head injury, a broken leg and fractured bones in his hand in the assault. The assailants relented only at the intervention of villagers, the pastor said.

Kumar’s brother and son borrowed a motorbike to take him to Pastor Singh’s residence 21 miles away by 1 a.m., and the pastor rushed him to a government hospital in Haridwar another eight miles away. Pastor Singh said Kumar appeared so badly beaten he doubted he would survive.

The hospital provided first aid and referred Kumar to the All India Institute of Medical Sciences (AIIMS) in Rishikesh, another 10 miles away. It was 4 a.m. by the time they reached AIIMS, and Pappu was admitted to the Intensive Care Unit.

Pastor Singh said he later tried convincing Kumar to report the assault to police. He declined, saying he had to continue living and working in the village and would have to live with the consequences of filing a police complaint the rest of his life.

“If I do so, they will come after my life and torture me every day for doing so,” Pappu told the pastor.

Kumar was staying with a relative close to the hospital to facilitate follow-up checkups, Pastor Singh said. Kumar and his wife’s seven children range in age from 6 to 22.

Kumar is a Dalit, known as “untouchables” according to Hindu tradition, and his is the only Christian family in the village of mostly upper-caste Hindus.

Dalits are traditionally assigned tasks that Hindus regard as ritually polluting. More than 90 percent of sanitation and cleaning workers are Dalits, and their “untouchability” remains an integral part of India even though it was constitutionally abolished in 1950.

The Constitution of India provides for special privileges for Dalits, giving them benefits such as quotas in educational institutions and reservations in jobs, but these privileges were taken away from Muslim, Sikh, Buddhist and Christian Dalits in 1950 by a presidential order stating, “…no person who professes a religion different from the Hindu religion shall be deemed to be a member of a Scheduled Caste.”
.