Open wound in elderly man’s leg refused to close even after months of treatment by both doctor and sorcerer. BUT God… 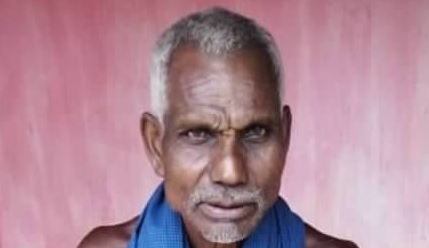 “Thank you so much for your intercessory and financial support. The Lord has been so gracious using our harvest workers to penetrate unreached people groups. Later this month I will be sending you many more powerful reports.”
.

Selected reports among many….

“Elderly Kesab had an open wound on his leg that would not dry up. It had become painful for him to walk. He had already taken medicine prescribed by a doctor for a few months, but the wound would not close up. Kesab then went to a sorcerer who treated him with mantras and medicine. After taking the medicine for a month, the wound still refused to close up. But when our Elijah Challenge workers ministered to him in Jesus’ name, the wound dried up and Kesab was healed. He then accepted Jesus Christ.”
.

“For four months a boy named Param suffered from jaundice, and was being treated by a specialist. His eyes were yellow, and he had a problem with urination. He felt very weak. His parents were very concerned for him. When our Elijah Challenge workers ministered to him in the name of Jesus, Param was miraculously healed. His parents then put their faith in our Lord Jesus as their Savior.”
. “Ramesh suffered from severe pain in the lower part of his stomach near his rectum. He had difficulty urinating. A doctor suggested that he undergo an operation, but Ramesh was not open to it. He looked around for another solution. Then our Elijah Challenge workers ministered to him, and he was miraculously healed. Ramesh then accepted Jesus as his only Lord and Savior.”
. “For three days little Mina had diarrhea and vomiting. It wouldn’t stop even after she took medicine. One night it got very serious when she could no longer control the diarrhea and vomiting. Very concerned, her father went directly to the home of one of our workers after hearing about them. At 2 AM that night our Elijah Challenge workers went to Mina’s home and ministered to her in Jesus’ wondrous name. Both the diarrhea and the vomiting ceased. Her family the put their faith in Jesus Christ as Lord and Savior.”
. “A man named Dilip Majhi had had an accident and fractured one of his legs. He was treated in a hospital and then discharged. But the pain in his leg persisted for months afterwards, making it difficult for him to walk. But thank God he was miraculously healed after our worker ministered to him in Jesus’ name. Dilip then accepted the Lord Jesus.”
.