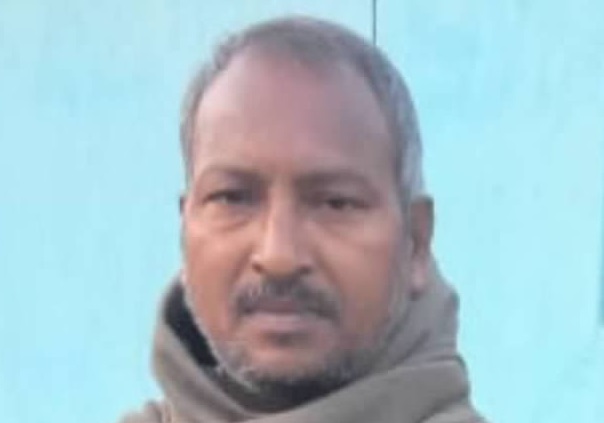 “Thank you so much for your intercessory and financial support. Praise God for the great work He is doing through our harvest workers. It is so wonderful to see His wonderful works.  I will share more in the days ahead.”
.

“Vimal (above & below), living in the village of Jamuna, had very high blood pressure and fainted, collapsing onto the ground. His condition was serious and he had to be admitted to the hospital for a few days. Somehow his family heard about our Elijah Challenge workers and asked them to come to the hospital. They came, ministered to him in Jesus’ name, and in a few days Vimal had totally recovered. He accepted Jesus Christ.”
. “Living in the same village of Jamuna as Vimal above was a man named Kalakar (below) who suffered from mental illness. His mind simply wouldn’t function normally. He was taken to the temple, but there was no change. Then he took medicine prescribed by a doctor, but still his mind couldn’t function. When our workers ministered to him in Jesus’ name, his mind was healed and restored. Kalakar accepted Jesus Christ as Lord and Savior.”
. “Sukanti Majhi (below) lives in the village of Bargoda, and for much of the time was unable to walk and confined to bed. Her legs had been swollen for the past four months, and were painful. She had been treated at the temple and given medicine by a local sorcerer, but the pain and swelling remained. When our Elijah Challenge workers ministered to her in Jesus’ name, the Lord healed her. Sukanti accepted Jesus.”
. “Living in the village of Salanda a woman named Karbati (below) couldn’t raise her hand for two years. Her family believed that a sorcerer had put a curse on her, paralyzing her. She had been treated at the local hospital, then on to a different sorcerer, but she didn’t recover. However, Karbati was miraculously and wonderfully healed after our workers ministered to her in Jesus’ name. Along with her family she accepted Christ as only Lord and Savior.”
. “For the past few years, young Jayasankar (below) suffered from a severe case of hemorrhoids. Much medicine did not stop the bleeding. When our Elijah Challenge workers came and ministered to him, the horrible bleeding ceased. Jayasankar and his wife put their faith in Jesus Christ.”
.