Man had mental disorder causing him to babble on nonsensically. For six months he wouldn’t stay home. Medication & sorcery failed to help. BUT Jesus…! 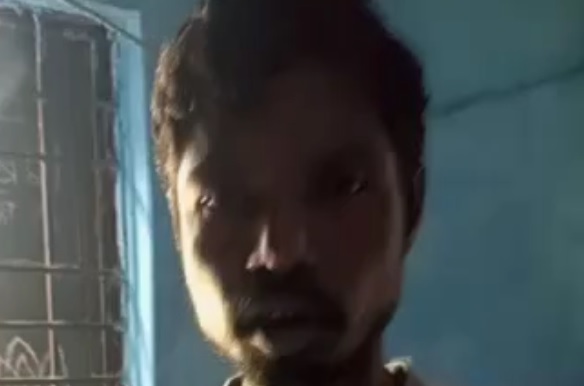 “Praise the Lord for God’s grace on our ministry. We greatly rejoice to receive marvelous reports from our workers laboring in the harvest fields of India.”
.

“Sriram suffered from a mental disorder for a long time. He would go around and babble on nonsensically. For six months he wouldn’t stay at home. His father tried to keep him home through the use of medication and with the help of a sorcerer, but Sriram was uncontrollable. It was so wonderful that Sriram’s mind was restored after our workers prayed and ministered to him in the very powerful name of the Son of God Jesus. After coming to his senses, he stayed at home. Sriram and his family accepted Jesus Christ.”
.

“For the past year Abani suffered from tuberculosis. He had consulted with a doctor who had prescribed medication for him, but after taking it for a long time Abani did not recover. He also tried homeopathic as well as ayurvedic medicines, but again to no avail. Then our Elijah Challenge workers came to pray and minister to him in the wondrous name of our Messiah Jesus. Abani was then miraculously healed from the tuberculosis. He believed and put his faith in the Lord Jesus as his personal Savior.”
.

“Every night young Sanu experienced severe pain in his stomach bringing tears and screaming. His mother and father consulted with a doctor who prescribed medicine for him, but the unbearable pain continued night after night. Sanu’s parents could no longer bear watching their son suffer. Then our Elijah Challenge workers reached their home and ministered to the boy in the wonderful name of the Son of Man Jesus. Sanu was totally healed and the nightly pain vanished. Both parents believed in Jesus and accepted Him as their Messiah.”
.

“For months young Lambidhar had jaundice. His father had taken the boy to the hospital where he was given medicine to take. But the medicine was ineffective and so his father went to another local doctor who prescribed something else. Then our Elijah Challenge workers came to pray and minister to the boy, and Lambidhar was wonderfully and miraculously healed. His parents believed and accepted Jesus as their Messiah.”
.

“Young Kuldeep was diagnosed with malaria and had been admitted to the hospital in serious condition. His temperature was very high and he could not even keep his head up straight. After he returned from the hospital with his parents he went and attended one of our Elijah Challenge house churches. There our workers ministered to him with authority and power in Jesus’ wondrous name. Kuldeep was miraculously healed of the malaria. His father and mother then accepted Jesus as their only Lord and Savior.”
.