Man blind for a year suddenly sees after receiving ministry in Jesus’ name. He is now going to church and stopped drinking. 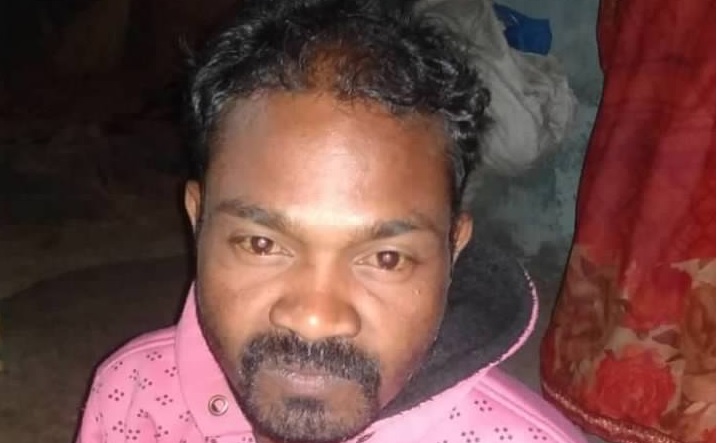 “Greetings to you in Jesus’ precious name. Thank you so much for your intercessory and financial support for the ministry here in India. By the grace of God, the ministry is going on very well and has produced very good fruit for His Kingdom.”
.

“For the past year, a man named Balulal was blind. One day he suddenly went blind for no apparent reason. His doctor tested him, but could uncover no reason for the blindness. But Balulal was very fond of alcohol, and would drink large quantities. Then our Elijah Challenge workers came and ministered to him with the authority and power of the name of our Lord Jesus Christ. His sight was then miraculously restored. Balulal then joined one of our house churches, and stopped drinking.”
. “Mina had a fever and high blood pressure which resisted the medication which had been prescribed for her. Her doctor was very worried for her knowing that the very worse could happen to her without any notice. But after our Elijah Challenge workers ministered to her in the marvelous name of Jesus, her blood pressure went down to normal and the fever left. Mina decided to believe and accepted Jesus Christ.”
. “For two years a young man named Jiban had pain in his leg which kept him from walking normally. He had taken the medicine prescribed for him by his doctor for four or five months, but the pain did not subside. Then our Elijah Challenge workers came and ministered to him in the wondrous name of our Messiah Jesus. Jiban’s leg was then miraculously healed, and he could walk normally again. He along with his family put their faith in Jesus, accepting Him as their Messiah.”
.

“For a year Kiriya Samad suffered from a migraine as well as from pain in her whole body. The drug prescribed for her by her doctor had brought no relief. She had tried other medicine, but to no avail. Then our Elijah Challenge workers ministered to her with supernatural authority and power in Jesus’ name. The migraine and fever then left. Kiriya believed and put her faith in Jesus as her only Lord and Savior.”
. “Luna felt severe pain in her neck over a period of two years. To deal with the pain she even wrapped a collar around her neck. She had gone to the main hospital in her district for treatment, but even after six months of taking the prescribed medication the pain would not subside. Then our Elijah Challenge workers came and ministered to her in the wonderful name of the Lord Jesus Christ. Her neck was miraculously healed and she was able to move it freely. Luna then accepted Jesus Christ as her Lord and Savior.”
.