Man bitten twice by poisonous cobra and not expected to survive…BUT God…! 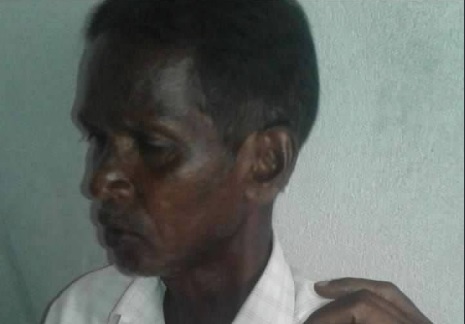 “Greetings to you in the precious name of our Lord Jesus Christ! Praise the Lord for wonderful testimonies from our harvest workers. Our Lord is very gracious to us!”
.

“A poisonous cobra had already bitten Sadhu Tiga (above & below) two times. His condition was very serious. He was already unconscious and his mouth was frozen shut. People thought there was no way Sadhu was going to survive. Then our Elijah Challenge workers ministered to him with great boldness. He regained consciousness and was fine. Sadhu is now attending one of our house churches.”
. “In the village of Junagarh a young girl named Hemalata (below) had been demonized for a long time. She would lose consciousness when the demon came over her. Sorcerers could not understand what was happening to her. Her desperate parents spent much money seeking help for Hemalata in different places, but all in vain. Finally they brought her to us, and we ministered to her in the name of Jesus Christ. She was miraculously set free by the Lord. Her parents put their faith in Jesus.”
. “For over a month Dhurua (below) living in the village of Semina had been possessed by a “different” kind of demon causing her to bow down before trees to worship them. She would talk incessantly to everyone, including strangers. She would just wander off aimlessly. Her family hired a sorcerer, but he couldn’t help. She was totally out of control. Then our workers ministered to her in the powerful name of Jesus Christ, and the demon left her. The family accepted the Lord.”
. “Samaria Munda (below) was unable to walk due to swelling in her legs, causing pain in her knees. She had tried medicine again and again, but the swelling would not subside. Then someone connected her with our Elijah Challenge workers. After they ministered to her, she was miraculously healed and delivered. Samaria accepted the Lord Jesus.”
. “Four-year-old Kamal was suddenly and mysteriously seized with fear. He couldn’t lift his head up straight. His parents didn’t know what to do. Since our workers lived nearby, they asked them to come. They were wonderfully relieved when Kamal was miraculously set free after our workers ministered to him in Jesus’ name. The family believed and accepted Jesus.”