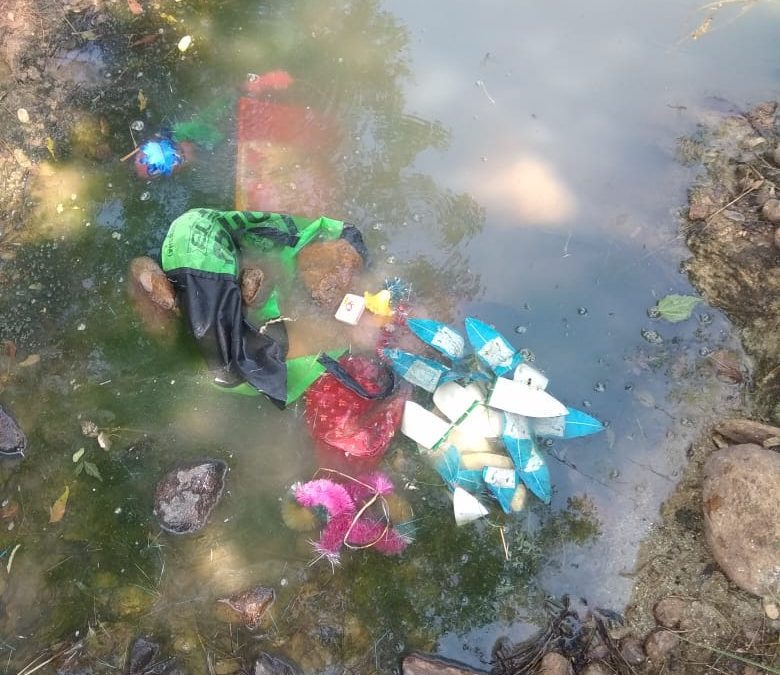 “It’s a joy for us to get such powerful reports from our harvest workers in the field even during this lockdown when everyone is expected to stay at home.  Thank you so much for your prayers and financial support.

Biranchi (below) had cancer. His suffering was especially bad the last few months. The prescription medication he took didn’t bring any improvement. He was a high caste Hindu and wanted to be faithful to Hindu rituals. Although he knew our Elijah Challenge workers, he didn’t want to meet with them. But after becoming very weak following treatment at a hospital, he finally gave in and agreed to meet them. They ministered to him in Jesus’ name over a few days. Biranchi was miraculously healed from the cancer. He had spent much money for treatment, and the Lord had healed him for free. So Biranchi accepted Jesus Christ as his Lord and personal Savior. He threw all the idols he once worshiped with great devotion into the river.”
. Below: Biranchi at work at his place of business .
“Utam Baag had been cursed by a sorcerer and was under severe demonic attack. He couldn’t eat or sleep. His family had sacrificed animals in order to please their goddess and had also taken him to see a doctor, but to no avail. They had taken him here and there seeking help. But after nothing helped, they were very frustrated. As a last resort his parents called our workers, who went to their home and ministered to Utam in the powerful name of Jesus Christ. He was miraculously delivered from the demon. The family believed and accepted our Lord Jesus Christ.

Ganapati Pradham who lived in the village of Jarumaha had an unusual problem located in his back. Whenever he ate he felt something in his back making him unable to swallow the food. For two months he had a terrible time eating. But after our workers ministered to him the problem disappeared. Finally Ganapati was able to eat normally. He accepted Jesus.

For a long time a young girl suffered from an issue of blood. Like the woman with the bleeding in Mark 5 she had become very weak despite taking a lot of medicine. Our Elijah Challenge workers ministered to her, and the bleeding stopped. Her family put their faith in our Lord Jesus.”