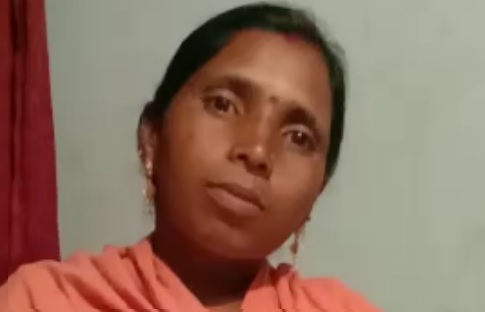 “Thank you so much for your intercessory and financial support. The Lord is so gracious to use our harvest workers to bring many lost Hindu souls unto Him.”
.

“Due to gastritis, Nandini (above & below) suffered from the symptoms of uncontrolled vertigo. She consulted with a doctor who prescribed medication for her, but after taking it for a month the vertigo remained. So she went to a sorcerer who performed mantras for her as well as gave her medicine to take. But it was also to no avail. Then our Elijah Challenge workers came and ministered to her in Jesus’ wondrous name. Nandini was miraculously set free from the vertigo, and accepted Jesus Christ.”
.

“A woman named Kalyani Rohidas would vomit blood. Someone told her about our Elijah Challenge workers, and gave her their contact numbers. She called them on the telephone, and they ministered to her over the phone in the name of Jesus Christ. She felt well, but the following day she vomited blood again. So along with her husband she went to the home of our workers. After they ministered to her again in the name of the Lord, the vomited ceased and she was totally healed. Both Kalyani and her husband then accepted Jesus Christ as their only Lord and Savior.”
.

“Monica Hemram was being tormented by evil spirits every night with nightmares and demonic attacks. For a long time she had been unable to sleep at night. She was fearful in her own home. Her parents enlisted the services of a sorcerer in her home, but nothing changed. Then our Elijah Challenge workers came and rebuked the demons, authoritatively commanding them to leave Monica in the name of our Messiah Jesus. She was totally delivered from the demons and the fear. Along with her family Monica then believed and accepted Jesus Christ.”
.

“While cultivating his field, Sunil Munda was bitten by a poisonous scorpion. At first he felt nothing, but after an hour he felt an unusual sensation emanating from his waist down. Then Sunil knew that the poison was taking effect in his body. Very frightened, he went to the home of our Elijah Challenge workers where he received ministry from them in the name of our Lord. The unusual sensation vanished instantly, and he was well again. Sunil then accepted Jesus Christ as his only Lord and Savior.”
.

“Sita had an ear infection for months causing pain and difficulty with her hearing. The medicine she took did not help her condition. Then after our Elijah Challenge workers ministered to her in Jesus’ name, the ear infection miraculously cleared up.  Sita then believed and accepted Jesus Christ.”
.