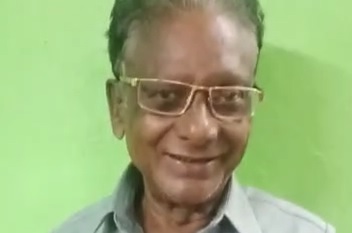 “Thank you so much for your intercessory and financial support for the extension of His kingdom here in India. We are so glad to receive wonderful reports from our trained workers in the Lord’s ripe harvest fields here.”
.

“Due to a stroke, a Hindu man named Abhinas Kumar had not been able to walk for the past few years. Despite undergoing medical treatment in various hospitals from different doctors, he could not recover. When our Elijah Challenge workers came and ministered to him with power and authority in Jesus’ wondrous name, Abhinas was completely and miraculously healed. He and his family believed in the Lord and accepted Jesus Christ as their only Lord and Savior.”
.

“For a long time, Gitanjali Khora suffered from sickle cell anemia which caused pain all over her body. She had tried both allopathic and ayurvedic medicine, but was not well. Every three months she would need a blood transfusion. But when our Elijah Challenge workers ministered to her in Jesus’ name, she was miraculously healed. Gitanjali then accepted Jesus Christ.”
.

“Demons would terrify a woman named Nisha both in her dreams and in her home. Every night she would be attacked by demons in her dreams and physically through the sound of sand and stones falling on and from her roof in the middle of the night. A sorcerer was summoned to her home and spoke forth mantras, but the dreams and terrifying sounds continued. But praise the Lord that when our Elijah Challenge workers came to pray and rebuke the demonic attacks in Jesus’ name, they totally ceased. Nisha then accepted Jesus Christ as her Lord and Savior. But her family has not. She asks for prayer for her family members.”
.

“Puspa was tormented by a skin disease which had spread through her entire body. A horrible smell emanated from her which caused her to be detested and ostracized from her community. Many doctors had attempted to treat her, but absolutely to no avail. Then our Elijah Challenge workers came and ministered to her in authority and power in Jesus’ name. Her skin miraculously cleared up. Puspa then accepted our Messiah Jesus as her Lord and Savior.”
.

“A woman named Janaki was demon-possessed. She would wander here and there at night. Her husband had summoned a sorcerer to deliver her, but he failed. After that Janaki was kept in the Hindu temple for a week, but with no relief from the unclean spirit. Then after our Elijah Challenge workers rebuked the demon in the mighty name of Jesus Christ, it left her. Both Janaki and her husband then received Jesus Christ.”
.