Hindu devotee who regularly organized worship of goddess could not walk following accident and hospitalization. BUT Jesus…! 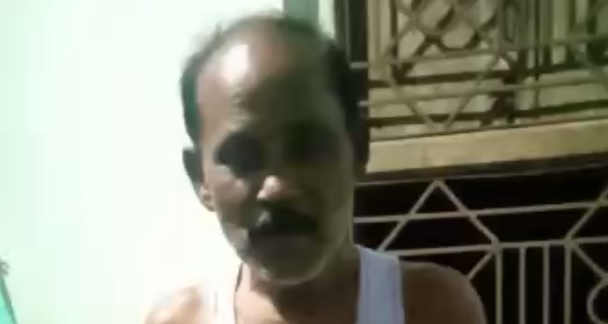 “Thank you so much for your intercessory prayers and financial support. We are receiving good reports from our workers in the Lord’s harvest fields here in India.”
.

“After a bad accident, Gangadhar Samal could neither walk nor eat for a few days. He had spent a month in the hospital, but after returning home he still could not walk. The wound he suffered in the accident had not yet dried up. Then after our Elijah Challenge workers ministered to him in Jesus’ wonderful name, the open wound dried up and he was miraculously healed, able to walk again. Gangadhar had been a strong devotee of Hinduism, faithfully organizing worship of their goddess in various places. But he left it all to follow Jesus as his Lord and Savior.”
.

“A woman named Pratima had a daughter suffering from a fever for two to three months. Three times she had been taken to a doctor and given medication, but the fever would not subside. Then Pratima brought her daughter to one of our house churches. There our workers ministered to her in Jesus’ name, and her fever miraculously subsided. Pratima’s husband, however, did not want to attend the house church and asked her not to go. But Pratima prayed earnestly for her husband, and the Lord opened his heart. He also believed and accepted Jesus as his Messiah.”
.

“Renuka was about to give birth, but was informed by her doctor that due to her diabetes she would not be able to give birth to her baby normally. He asked them to prepare money for an operation (perhaps a caesarean). But a family member knew about our Elijah Challenge workers, and asked them for help. Our workers went to the hospital and ministered to Renuka in the wondrous name of the Messiah Jesus. After that she delivered her baby normally. Both Renuka and her husband believed and accepted Jesus as their only Lord and Savior.”
.

“Pus would come oozing out from Sabitri’s ears. Long-term medication did not stop it. Our workers happened to be preaching the gospel in her village, and they ministered healing to her in Jesus’ name. The oozing pus miraculously stopped and Sabitri was healed. She put her faith in Jesus and accepted Him as Lord and Savior.”

“For a long time Sulochana suffered from swelling, arthritis, and severe pain in her body. During that time she had been unable even to walk. She had consulted with a doctor who had prescribed much medication for her. But her severe condition remained unchanged. Then our Elijah Challenge workers ministered to her in the powerful name of Jesus Christ, and she was miraculously healed. She was able to walk again. Sulochana believed and accepted Jesus as her Lord and Messiah.”