Her doctor told Jasoda that she would not survive her kidney disease. BUT she was healed in Jesus’ name! 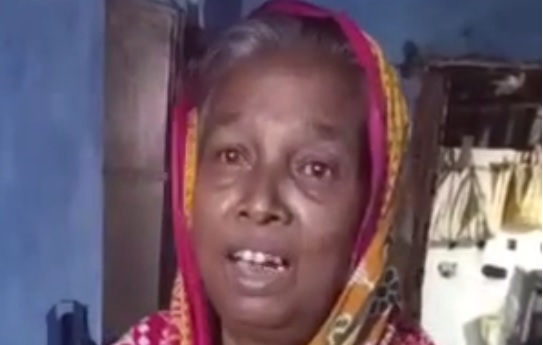 “Thank you so much for your intercessory and financial support. We rejoice receiving marvelous reports from our workers in our harvest fields here in India.”
.

“For a long time a woman named Jasoda (above & below) had very serious kidney disease. Her doctor had already given her the bad news that due to the advanced stage of the disease she would not survive. Then her husband heard about our Elijah Challenge workers and asked for their help. Over the next few days our workers ministered to her in the wondrous name of our Messiah Jesus. After that Jasoda was miraculously healed. Along with her family she believed in our Lord and accepted Him as Lord and Savior.”
.

“Ranjit Munda’s body would shake uncontrollably. He had already been treated at a hospital along with medication, but the shaking could not be controlled. Then our Elijah Challenge workers ministered to him in the name of Jesus Christ. The shaking promptly stopped and Ranjit was wonderfully healed. Both he and his wife believed and received Jesus Christ.”
.

“A young woman named Saradha Das was at the hospital for the birth of her first child. But she experienced severe pain and was unable to deliver the baby. Her doctor suggested a Caesarean, but Saradha was nervously reluctant since it was her first child. Then at the hospital our workers ministered to her in Jesus’ name. After that Saradha gave birth normally to a baby boy with no operation. She then believed in Jesus as her Lord and Savior.”
.

“For the past year Nanda Kumari had a mouth infection making it very difficult for her to eat and drink. Several times already she had consulted with her doctor who prescribed medication for her. But the infection would not subside. Then our Elijah Challenge workers ministered to her in the wonderful name of our Messiah Jesus, and the infection disappeared. Miraculously healed, Nanda put her faith in Jesus as her Lord and Savior.”
.

“From time to time over the past few months, a fever would set upon young Rasmi. Her doctor prescribed medication for her, but the fevers went on unabated. Finally our Elijah Challenge harvest workers came and ministered to her in Jesus’ wonderful name, and Rasmi’s health was restored. She believed and put her faith in Jesus Christ.”
,

Elderly woman had bloody diarrhea, was weak & had stopped eating. But after Jesus healed her, her fa...
For 3 months little Elina vomited four or five times daily while crying out in pain. The doctor coul...
The family members of a Hindu priest fell ill one after another. He tried other priests, sorcerers, ...
Mentally-disturbed man would BEAT HIS PARENTS and had to be restrained WITH CHAINS...