Eyesight of nearly blind woman miraculously restored; man demonized while relieving himself outside at night set free; all accept Christ 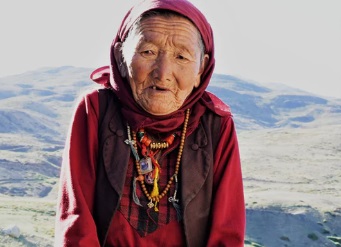 “The Lord is doing great things through our Elijah Challenge workers. Yesterday I went a very remote place for our baptism service, and today I am going to Raipur for another baptism service. I will send the photos after I return. Each and every day new souls are adding into His kingdom through our workers. Praise the Lord!

Elderly Gurubari had been partially blind for two years, and needed a walking stick to get around. Our Elijah Challenge workers ministered to her by laying hands on her eyes, and her eyesight was miraculously restored. She accepted Jesus Christ as her Lord and Savior.

One night when young Pakhel went outside to relieve himself, a demon entered him. For three days he caused a big headache for his family. His father, a sorcerer, tried to cast it out but failed. After three days they called our Elijah Challenge workers who ministered to Pakhel in the name of Jesus. Without much fuss the demon left. Pakhel was very glad to be set free, and he and his family accepted Christ.
.

Jaleswar Munda hailed from a village called Khairkhaman. He had an open wound on his knee which would not dry up no matter what medication he took. Eventually the wound became cancerous, and Jaleswar could no longer walk due to the pain. Our Elijah Challenge workers stopped by his village and ministered to him in Jesus’ name. Two to three days later, the wound dried up. He and his family believed and accepted Jesus Christ.

For three unbearable days Amalam Neti had suffered from fever and dysentery. After our Elijah Challenge workers ministered to him he was miraculously healed.

Sudip Pradhn suffered from a boil on his leg and swelling in his eyes. He went to a doctor who prescribed medicine for him. After a week he was still not well. Then our Elijah Challenge workers ministered to him in the name of Jesus Christ. He was promptly healed. Sudip was astonished to experience such a miracle in his own body. Now he and his wife believe in Jesus and are attending our house church in their village.