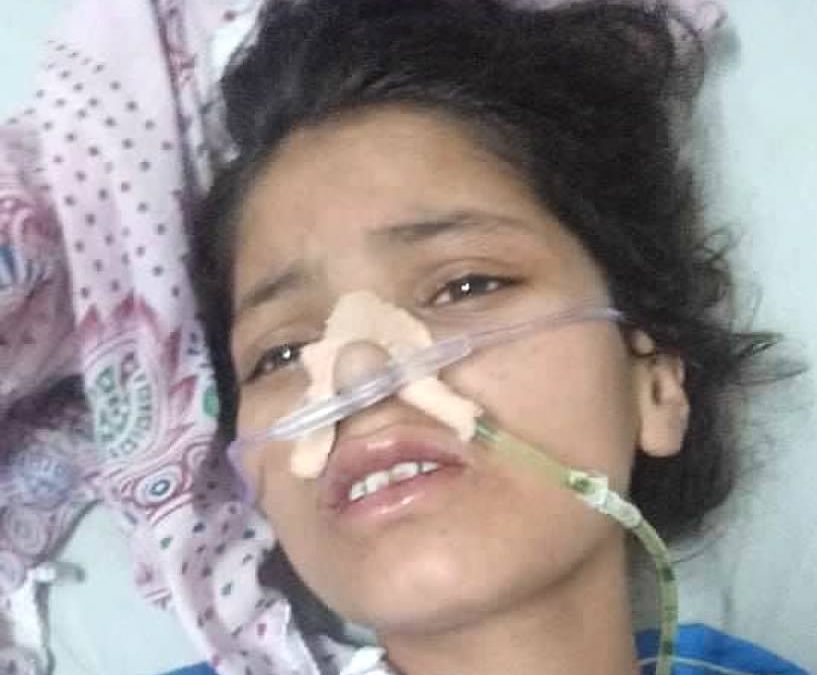 “We all are doing very well by the grace of God. Even though we are hearing bad news about many people dying because of the virus, we hearing good news from our churches in Northern India.”
.

“In Ferozepur, 15 new fellowships have been started which will later be converted to churches.

Twenty-five families accepted Jesus as their Lord and Savior. Twenty were from a Sikh background and five of them from a Catholic background.

There were two sisters named Mona and Kiran both of whom had tumors. After hearing the gospel for the first time, they decided to give their lives to Jesus. Later they testified that as they were praying the salvation prayer, the Spirit of God came upon them. They felt tremendous heat and their tumors disappeared. Their family has 25 members, and all of them accepted Jesus. Our Elijah Challenge-trained servant of God Sister Meenu was the one who preached the gospel to them.

Pratiksha (below) from a Sikh background was in very serious condition, and had been admitted to the hospital. Her family are Mona’s neighbors. When Mona heard about her condition, she testified to Pratiksha’s Sikh family how she had been miraculously healed. Upon hearing her testimony, Pratiksha’s father asked Mona to call sister Meenu.”
. .
At 9 pm later that evening, Sister Meenu went and preached the gospel to Pratiksha’s family. Her father said that if his daughter is healed he would give his life to Christ.

In the meantime came news from the hospital that Pratiksha was in very serious condition with only three days to live according to the doctors. They had not been able to diagnose her problem, and the condition of her heart was rapidly deteriorating.

Immediately Sister Meenu rushed to the hospital to see Pratiksha. There she rebuked the spirit of death attacking her. Instantly Pratiksha’s condition reverted to normal. An enemy had put a curse on her using witchcraft.

Her father then took off his turban, placing it on the floor. He knelt down and in the Punjabi language shouted, ‘Jesus, you are my Lord!’

Today his whole extended family has accepted Jesus as their Lord and Savior, and are ready to be baptized. Praise God.”
.

Her entire family came to Christ
.