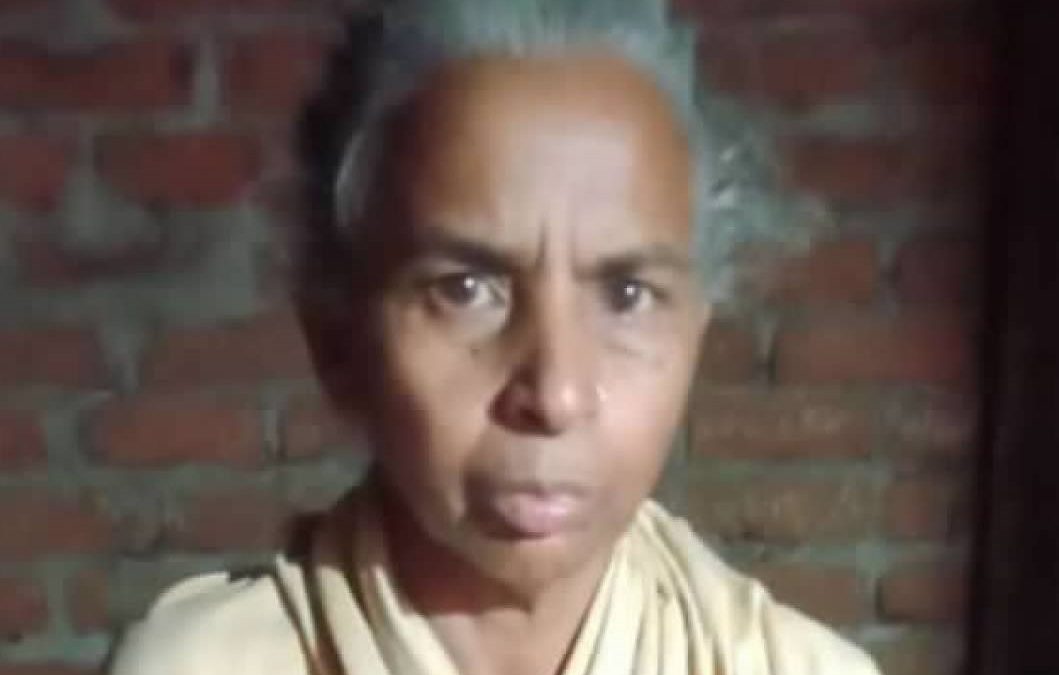 “Praise the Lord for His great work in our harvest field through our Elijah Challenge workers. The Lord is so good to us as we also all are doing well. Thank you so much for your intercessory and financial support.”
.

Demati Naik, an elderly woman (below) living in the village of Harekrisnapur, suffered a severe stroke one day while walking through a field. In serious condition, she could neither stand up nor walk and had been confined to bed for a month. The Lord healed her miraculously as our Elijah Challenge workers ministered to her in the name of Jesus Christ. Now she is able to stand up and walk. Her entire family accepted Jesus.
. Tarun, a young man (below) from a high caste Hindu family, lived in the village known as Gariadihi. He had been attacked by a demon sent by a well-known sorcerer. His entire body itched. His doctor’s medication did not help. One by one problems befell his family. For no apparent reason their tractor suddenly broke down, and the cultivation of their crops was cut short. Our Elijah Challenge workers then ministered to him in Jesus’ name. He was delivered from his skin disease and was miraculously healed. Their tractor is working again and the family is now able to cultivate their field. The family believed and accepted Jesus Christ as their personal Savior.
. Lilima Munda (below) lives in the village of Hirma and had been bitten by a poisonous snake. She was in pain and she felt her entire body burning. Then our Elijah Challenge workers ministered to her. Lililma was miraculously healed, and received Jesus Christ.
.

Due to a curse from a sorcerer, Krishana Bagh (below) had been tormented by a demon spirit. Her legs would burn, and for months she had severe back pain. She had consulted with a second sorcerer, and also sought help from a temple priest who performed a sacrifice and said mantras over her. But Krishana wasn’t well. She also took medicine prescribed by a doctor, but to no avail. Then our Elijah Challenge workers ministered to her in the name of the Lord. She was miraculously healed and delivered. Her family accepted Jesus Christ.
. Iswar Khadia (below) had been sick for a month. He was bleeding from his urethra. Tired of repeated visits to the hospital and taking prescription medication, desperate Iswar had lost hope of even surviving. His family and relatives had also given up on him. But praise the Lord Iswar was miraculously healed after our Elijah Challenge workers ministered to him in the name of Jesus Christ.
.