Hindu woman miraculously healed from paralysis, gets up and walks. She and husband accept Jesus Christ. 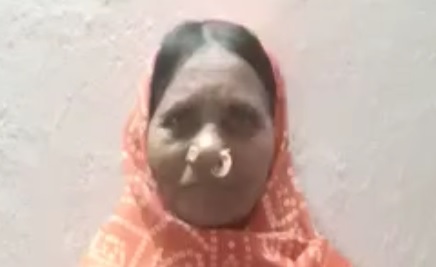 “Thank you so much for your intercessory and financial support for the ministry here in India. Due to your systematic biblical teaching, the ministry of our harvest workers reaching the gospel-resistant is advancing very smoothly. I praise God!”
.

“For months an older woman named Moti Takri was paralyzed and unable to walk. Despite being treated by a doctor with prescription drugs, she remain paralyzed. Then our Elijah Challenge workers came and ministered to her with supernatural authority and power in the name of our Messiah Jesus. Moti was miraculously healed, able to get up and walk again. The gospel was preached to them, and Moti and her husband accepted Jesus Christ.”
.

“A young boy named Haris (below with Mom testifying) had sickle cell anemia. From time to time he had undergone blood transfusions and taken prescription medication as needed, but there was no cure for the sickle cell. His family had all but lost hope for the boy’s recovery. Then our Elijah Challenge workers came and ministered to him in the wondrous name of our Lord Jesus Christ. Haris was miraculously healed from the sickle cell. His entire family then believed and accepted Jesus Christ.”
.

“Due to her high blood pressure, Surya Mani lost consciousness and fainted on the ground. Medication prescribed by her doctor had been unable to control her high blood pressure. Then over three evenings our Elijah Challenge workers ministered to her in Jesus’ marvelous name. Her blood pressure miraculously went down to normal. Surya then believed in Jesus and accepted Him as her Lord and Savior.”
.

“A woman named Manika had suffered from a migraine headache for a long time with nearly constant pain. It had become unbearable for her. She was taking nonstop painkillers with side effects. Then our Elijah Challenge workers came and ministered to her in the name of our Lord Jesus. Manika was finally and totally healed from the tormenting migraine. Along with her husband she accepted Jesus Christ.”
.

“A young girl named Anupama Bag had a stomach infection causing her severe pain. Her parents had taken her for treatment at their local hospital and consulted many doctors, but her deplorable condition persisted. Then our Elijah Challenge workers ministered to her, and the infection disappeared. Her grateful parents then believed in the Lord and accepted Him as their only Lord and Savior.”
.