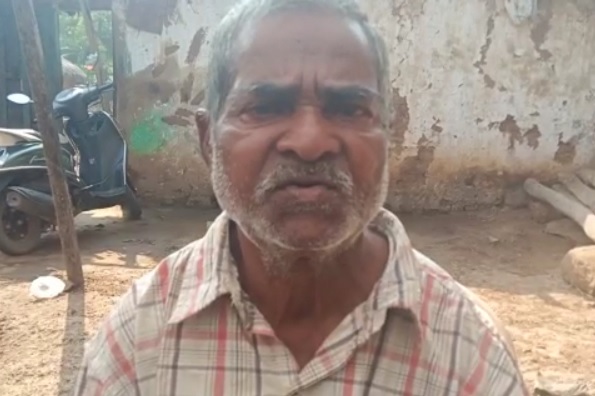 “Greetings to you in Jesus’ precious name. Thank you so much for your intercessory and financial support for us to reach the as-yet unreached people groups. We are so blessed to hear about the fruit of the harvest from our trained workers.”
.

“An elderly man named Mahan had been paralyzed for two years and was bedridden. For months he had been treated in a hospital by a doctor with prescription medication, but to no avail. He remained paralyzed. Then our trained Elijah Challenge workers reached Mahan at his home. They ministered to him with supernatural authority and power in the wondrous name of the Messiah Jesus. Mahan was then miraculously healed. See him walking around in the second video below. Along with his family, he received Jesus Christ as his only Lord and Savior.”
.

“A woman named Gita was demon-possessed disrupting her family and others terribly. In particular she would quarrel with her sister for no reason at all. She was uncontrollable. Her family took her to be treated by a sorcerer, but the demon would not leave. Then her husband met with our Elijah Challenge workers and asked them for help. They then went to their home and commanded the demon to leave her in the unmatchable name of Jesus Christ. At first for some time the demon just shouted back at them. But our workers continued to rebuke the demon, and it finally gave up and left Gita. Seeing the miracle, the entire family believed and accepted Jesus Christ.”
.

“For a long time Rohini suffered much from jaundice and sickling (when the hemoglobin inside red blood cells sticks or clumps together, causing the cell to become fragile, rigid, and crescent—or sickle—shaped). Since both diseases were dangerous to her health, she had to depend on taking medicine most of the time. The pain she had to endure was unbearable. Then our Elijah Challenge workers came and ministered to her in Jesus’ name. Rohini was then miraculously healed. After that she accepted Jesus Christ along with her family.”
.

“Rajiv, a young boy, had fallen while climbing a wall and injured himself. After that he was no longer able to raise his hands. His parents took him to the hospital where the doctors put him under medication for a long time. But afterwards Rajiv still could not raise his right hand. Then our Elijah Challenge workers came and ministered to him in the marvelous name of Jesus Christ. The Lord healed him and Rajiv was able again to raise his hand. His parents then believed and accepted Jesus Christ.”
,

“The skin of baby boy named Sana Jani was infected. His parents had taken him to a doctor who had given him medicine to take. But after months the little boy’s skin remained infected. Then our Elijah Challenge workers came and ministered to him with authority and power in Jesus’ wondrous name. The skin disease cleared up and Sana was healed. Both his father and mother then received Jesus Christ.”
.