Depressed & weakening due to unstoppable bleeding, Lalita accepted Jesus after being miraculously healed 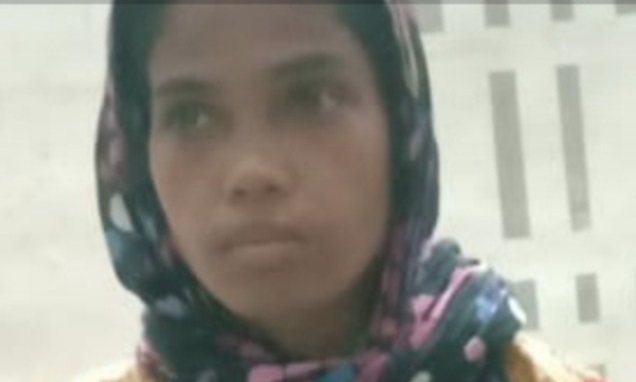 “Greetings to you in Jesus’ precious name! Thank you so much for your intercessory and financial support. Last night we returned from the Lord’s harvest field, where I was so glad to meet with some of our workers and believers. I sense there has been an acceleration, and with the cooperation of our believers we will be reaching other unreached places. I hope to be sending you more and more reports in the days ahead.”

“For a long time young Lalita (above & below) suffered from bleeding. She had tried both allopathic and ayurvedic medicine, but the bleeding persisted. She became very weak, and poor Lalita fell into depression. Then she met with the wife of one of our Elijah Challenge workers, sharing her hopeless situation with her. After that our worker and his wife ministered to Lalita in the marvelous name of Jesus Christ. She was miraculously healed of the bleeding, and accepted the Lord Jesus Christ.”
. “Rasmita (below), living in a village known as Tatiband, had been demonized for two to three months. Her husband had taken her to the sorcerer in a nearby village where he had to spend a hefty sum for treatment. But the sorcerer couldn’t help. Her husband was in a dilemma as where to take her next when he met with one of our believers who told him about our Elijah Challenge workers. When our workers arrived at their home, the demon began screaming. Immediately our workers rebuked the demon in Jesus’ name and commanded it to leave Rasmita. Within a few minutes it came out of her. Present in the home were several family members and friends—all Hindus—who witnessed the unprecedented miraculous deliverance. Two of the families put their faith in Jesus Christ.”
. “A young man named Mahanand (below) had suffered from a urinal infection for six or seven months. He had already consulted with a specialist at the hospital in the major city of Raipur, but he didn’t get well after taking the medication for twenty days. He then went to another doctor who also prescribed medicine for him. But his infection didn’t clear up. He then met with one of our harvest workers, explaining his predicament to him. After that our Elijah Challenge workers ministered to him in Jesus’ name, and Mahanand was miraculously healed. He accepted Jesus Christ and is now attending one of our house churches.”
. “Young Sapna (below) was demonized. Out of her mind, she would force her parents to bend to her will. She wouldn’t stay at home but always wanted to go out. Her parents had no choice but to keep her locked up at home. Her father brought home a temple priest who performed mantras. But the demon in Sapna screamed at him and was about to attack him. A second sorcerer came by but the demon dismissed him in the same way. But then her parents made contact with our Elijah Challenge workers. When they arrived, the demon kept quiet. They commanded it to leave Sapna in Jesus’ name, and it left her. The entire family accepted Jesus Christ.”
. “A young boy named Rubenda Bag (below) had a boil on his eye. Day by day it got bigger and bigger. At the hospital the doctor told his parents that their son needed an operation to remove the boil. But they were very poor and the surgery would cost them 80,000 rupees. It would be very difficult for them to raise such a sum. But then they heard about our house church and brought Rubenda to a meeting. There our workers ministered to him, and within a few days the growing boil disappeared. Rubenda was completely healed. The family accepted Jesus Christ.”
.