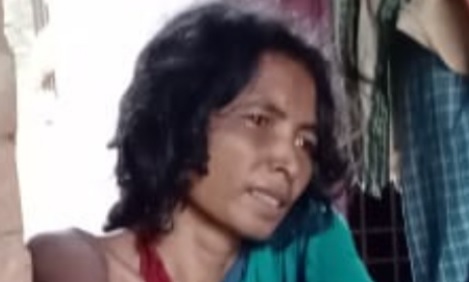 “Greetings to you in the precious name of our Lord Jesus Christ!

Thank you so much for your inspiring testimony last Saturday, it was very powerful and a great blessing to us. I will share it with our harvest workers.”
.

“Salini (below) was demonized. She would neither eat nor bathe. She refused to dress properly. Her dear husband had taken her to different places seeking help. A sorcerer and a priest had been consulted. They even joined a Hindu sect called the “Jaiguru”.  Despite all the money spent seeking help, Salini was still not delivered. But when our Elijah Challenge workers ministered to her with authority in the name of Jesus Christ, the demons left her. A house church has started up in her village.” “For three months Janani (below) had severe pain in the lower part of her stomach—likely due to a urinal infection.  Several times she had been to the hospital. After much treatment with prescription drugs she was still not well. The pain become very serious, and her condition was dire. Our Elijah Challenge workers then ministered to her, and she was miraculously healed. Her husband also believed and both he and Janani accepted Christ.”
. “For a long time Baby Tuni (below in her mommy’s arms) had a fever. Her concerned parents took her to a hospital to be tested for malaria, but the report came back negative. But still the fever would return from time to time. They took her to a sorcerer who performed some mantras for her and gave her some medicine. But still she didn’t get well. Our Elijah Challenge workers then ministered to her in the name of Jesus. Baby Tuni finally recovered from the fever. Her parents accepted Jesus Christ.”
. “An elderly man named Rama Munda (below) had severe arthritis leaving him in constant pain and physically very weak. He could barely walk and so had difficulty taking care of himself. He took a lot of medicine, but did not recover. Finally our Elijah Challenge workers ministered to him in Jesus’ name, and Rama was completely healed. Rama believed and is now attending one of our house churches.”
. “A young man named Rushi (below) had an eye infection with red spots in his eyes along with pustules. An eye specialist had given him medicine, but his eyes didn’t get well. The severe pain in his eyes was not alleviated. Our Elijah Challenge workers then ministered to him and he was marvellously healed from the infection. He believed in our Lord Jesus Christ. Glory to God!”
.