DEMON OF DEATH kills two people, then possesses a third. Village chief calls then for our Elijah Challenge workers… 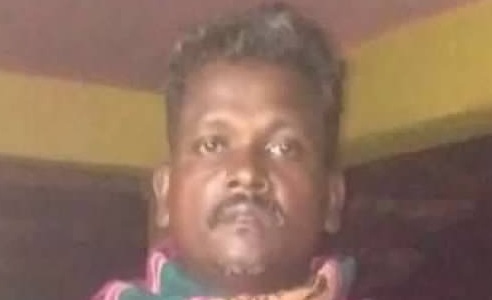 “Greetings to you in Jesus’ precious name! thank you so much for your intercessory and financial support. I’m so glad to share with you below an outstanding miraculous deliverance through our harvest workers. Praise the Lord!”

“A few young adults went to Andhra Pradesh to work as outdoor laborers. One day while they were cutting down a tree, one of the young men was possessed by a very powerful demon spirit and later that night he passed away. His remains were returned to his native village. Within two days, his older brother’s wife was possessed, and she also died. Then the older brother himself whose name was Arya (above & below) was possessed. Immediately a sorcerer was summoned. But since he could not understand the Telugu dialect which the demon spoke, he said he couldn’t do a thing. The entire village was alarmed at the sudden passing of the two members of their community. So the village chief and another elder decided to call upon our Elijah Challenge workers. They came and commanded the demon to come out of Arya in the name of our Lord Jesus Christ. Arya shouted, screamed, and collapsed onto the ground. The demon of death which had already killed two people came out of him, and he was freed. After that many people in the village put their faith in Jesus Christ as their only Lord and Savior. A house church started in the village. Arya is a member of the Hindu high caste.”
. 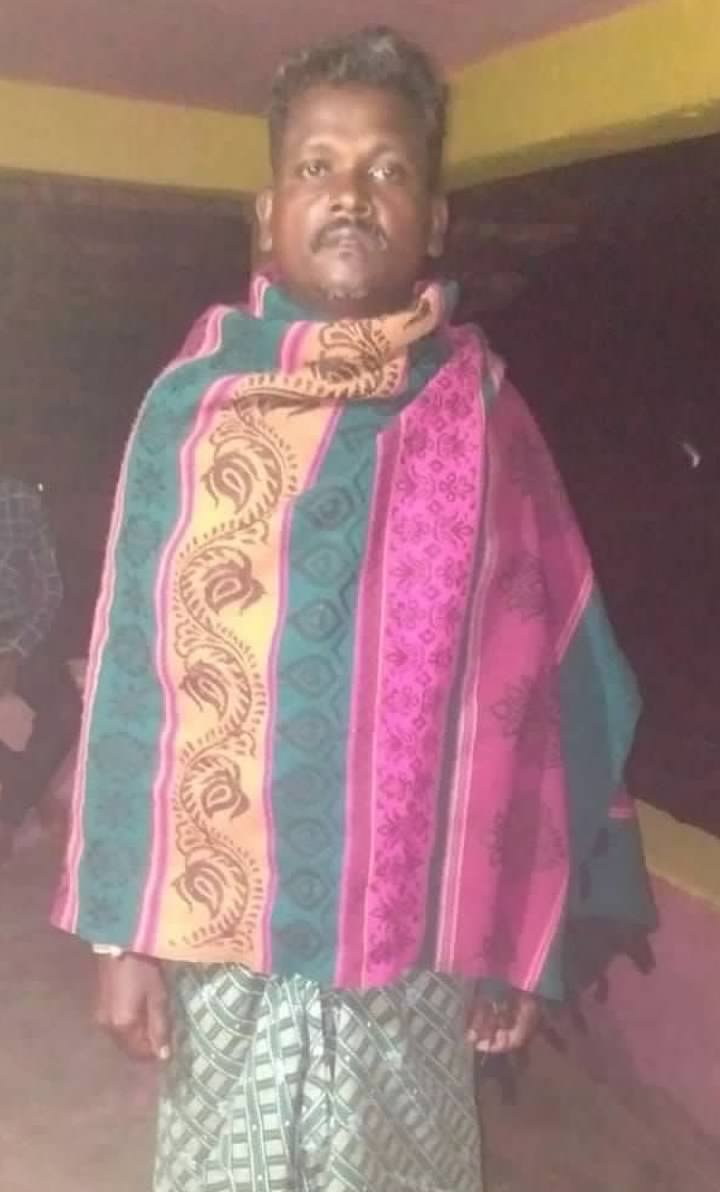 “A man named Susiva (below) was severely injured in a fall and no longer able to walk. Taking medication did not change his dire condition. Then our Elijah Challenge workers went to his home and prayed over him in the name of Jesus Christ. Susiva was then miraculously healed, able to walk normally. He believed and accepted Jesus Christ.”
.

“Santosh (below) had broken some ribs in an accident. Following medical treatment he wasn’t able to walk any distance. Our Elijah Challenge workers were called to come minister to him in the name of Jesus. After they ministered to him over a few days, Santosh was miraculously healed and able to walk normally. He then accepted Jesus Christ as his Lord and Savior.”
. “A man named Laxman (below) had stomach pain. He had taken some medication, but the pain persisted. One day our Elijah Challenge workers came by his village, and they ministered to him in Jesus’ name. Suddenly a demon manifest itself through him with much shouting and screaming. Our workers commanded it to leave Laxman in Jesus’ name, and the demon obeyed. He and his grateful family accepted Jesus Christ.”
.

“A little girl (below) had a continuous fever. She had been taken to see a doctor, given medication, but the fever would not relent. Her dear parents were very alarmed, thinking that their daughter might have COVID-19. Then our workers reached their village and ministered to the little girl in the name of Jesus. The fever left her, and her relieved parents accepted Jesus Christ.”
.