Attacked in his lower body, a Hindu man was unable to walk…but the name of Jesus healed him 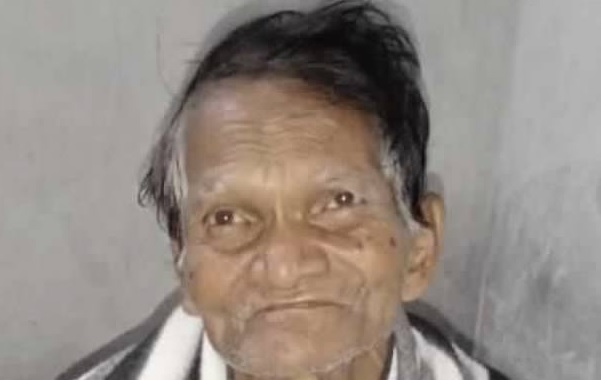 “Thank you so much for your intercessory and financial support. We are now visiting one of our harvest fields which is located in the Phulbani district. Praise the Lord for His grace on our harvest workers who are doing a marvelously fruitful work among unreached peoples.”
.

“For two months, a Hindu man named Khoiram (above & below) was attacked in his lower body rendering him unable to walk. He had been admitted to the hospital and placed under special care. But after his condition did not improve after being treated by the doctors, he was taken home. Our Elijah Challenge workers were then given an opportunity to minister to him in the name of Jesus Christ of Nazareth. Khoiram was miraculously healed and able to walk again and work. Along with his thankful family he believed and accepted Jesus Christ as his only Lord and Savior.”
. “A young woman named Kumudini Suna (below) had a Urinary Tract Infection for four suffering years. Treatment at different hospitals and by various doctors costing her husband a lot of money did not put a dent in her condition. Her desperate husband contacted our Elijah Challenge workers asking them to help. They went and ministered to Kumudini in the name of Jesus Christ. She was then miraculously healed of the UTI. After the gospel was shared with them, both she and her husband accepted Jesus Christ.”
. “For two months Bhabana Patel (below) was demonized by a spirit which controlled her behavior. She would say things without reason and would quarrel with her family. A sorcerer was called to deliver her, but he failed. Another sorcerer also came, but left without success. But the demon came out when our Elijah Challenge workers commanded it to leave her in the name of Jesus Christ. Both Bhabana and her husband accepted Jesus Christ as the gospel was shared with them.”
.

“A young woman named Pinkey Dubey (below) had a disease in her spinal cord. Due to the pain she wasn’t able to work or perform even simple daily tasks. She had consulted with a doctor and medicine had been prescribed for her, but for a long time the disease simply persisted. When our Elijah Challenge workers came and ministered to her in Jesus’ name, the pain vanished and her spinal cord was miraculously healed. Pinkey accepted Jesus Christ as her Lord and Savior.”
. “Sushila (below) had a skin infection for three months causing itching over her entire body. It was unbearable. Prescription medication and ointments did not arrest the infection. When our Elijah Challenge workers ministered to her in Jesus’ name, her skin cleared up and Sushila was wondrously healed. She believed and put her faith in Jesus Christ.”
.