BAPTIZED!!! An extraordinary miracle through an illiterate believer brings an entire Hindu family to Christ 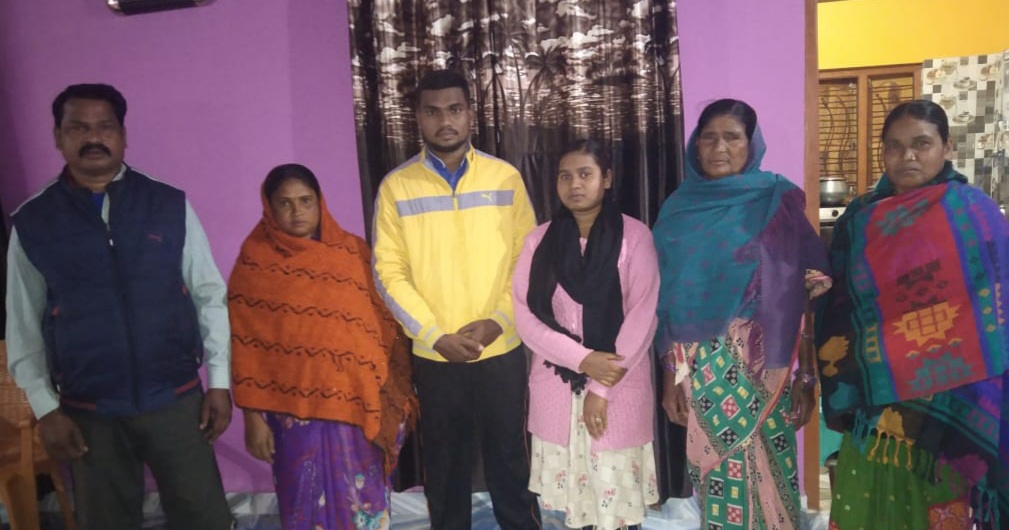 “Just days into the New Year we received a testimony of what God did through a very simple sister in Christ who had never been to school.

A Hindu man served in a government hospital making a good living for himself. He had just had a beautiful home built for his family. He invited a large number of people to come celebrate with him. But the next day there was no water in the lovely home. They tried to fix the problem, but no matter what they did there was no water. The water level had gone down.

The man then called engineers to take a look. They dug around in some places but found no water. Then he called the temple priest, but he also failed to help.

It turned out that people who were jealous of the man had hired a sorcerer. After the celebration the sorcerer had put a curse on the new home.

But the sister went and boldly rebuked the curse in the name of Jesus Christ. Water began flowing through the pipes into the home again. The man and his family were astonished witnessing this extraordinary miracle. They decided to accept Jesus Christ as the only Lord and Savior. This first month of the year they are going to be baptized in water.

Another testimony…a man named Suna had become mentally ill and was acting like a madman. Our unschooled sister ministered to him in the name of Jesus, and his mind was totally restored.”

“They are so happy with their new faith”
.