A woman was severely burned while cooking over coals and then attacked by demons in the hospital afterwards, BUT GOD… 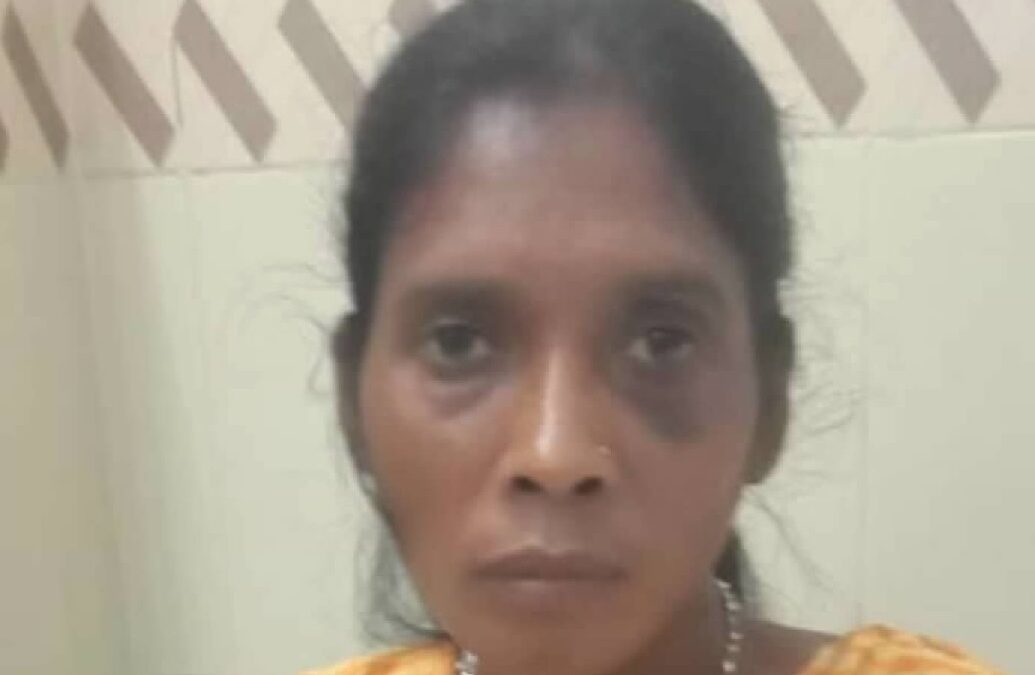 “Thank you so much for your intercessory and financial support.”
.

“Rahidas (above & below) was cooking food over coal in her home one day. Flames from the coal suddenly burst forth burning various parts of her body. While in the hospital undergoing treatment for the burns she could actually see demons attacking her. Leaving the hospital she came looking for our Elijah Challenge workers. At the house church they ministered to her in Jesus’ name, and she was miraculously healed from the burns as well as delivered from the demons. Rahidas accepted Christ.”
. “Young Damayanti (below) hailed from the village of Bijraguda and was demon-possessed. Totally out of control she would scream, beat herself and shout at the top of her lungs. At night she would become especially difficult for her anxious parents. The village sorcerer was summoned, but was helpless to do anything. Then our Elijah Challenge workers arrived at their home, and commanded the demon to leave in the name of Jesus Christ. The demon left, and Damayanti’s parents accepted Jesus Christ as her only Lord and Savior.”
. “For four months, twenty-five-year-old Tirumati (below) living in a village called Rangamati was tormented by demons. She would suffer from pain in different parts of her body, the pain appearing in different places each day. Her dear husband had taken her to various places in the district seeking help, but no one could deal with the problem. Finally after our workers ministered to her, the pain completely disappeared. Tirumati and her husband accepted Jesus.”
. “For a long time Nabin (below) had asthma. One day the problem became very severe and he wasn’t able to take a breath. His family became distraught as Nabin lost control, struggling to breathe and sweating profusely. Our Elijah Challenge workers were summoned. Soon after they ministered to him in Jesus’ name, Nabin was able to breathe normally. He accepted Jesus.’
. “Budram (below) living in the village of Chutarla had had a stomach problem for a long time. From time to time terrible pain would just rear up. A lot of prescription medication didn’t help. But the pain stopped and his stomach was miraculously healed after our workers ministered to him. Budram accepted Jesus Christ.”
.