A Hindu couple childless after four years was considered cursed; the doctor said they would never have children… 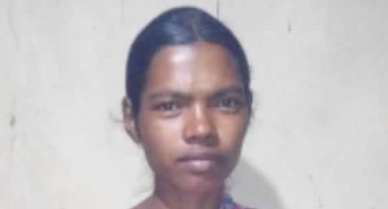 “Praise the Lord for the great and mighty works of the Lord Jesus Christ through our harvest workers on the field. Last week I visited the believers in a few areas just reached with the gospel. Let me share with you a few selected reports. Thank you so much.”
.

“Surati Pradhan (above & below) and her husband lived in the village of Mayabhal and had been married for four years. But they were childless. In Indian culture, especially in the villages, not having children is considered a curse. Poor Surati’s husband often took it out on her by beating her. She had no peace in her life. They had spent a lot of money seeking treatment at a hospital but with nothing to show for it. Finally the doctor informed them that they would never have children. Then Surati attended one of our house churches where our workers ministered to her in Jesus’ name. She is now pregnant with child. Surati and her husband were thrilled, and accepted Jesus Christ.”
. “In a village called Bamra a woman named Gandhari (below) was demonized. She would scream very loudly at her parents, saying “I will kill you and eat you.” She was totally out of control. The village sorcerer came but couldn’t deliver her from the demons. Her husband than summoned our Elijah Challenge workers who came and with authority rebuked the demons in the name of Jesus Christ. At that moment the demons left her and she was wonderfully set free. The family accepted Jesus Christ as their only Lord and Savior.”
. “Naresh (below) lived in the village of Kendudihi and suffered from a very painful stomach infection. He could couldn’t sit down to do his work. He had taken medicine for a long time, but the infection persisted. On a Sunday he attended one of our nearby house churches, and he was miraculously healed. After experiencing such a miracle, he put his faith in Jesus Christ.”
. “Sangita Kullu (below) lived in the village of Malidihi and had a migraine headache. Taking medicine didn’t help. When our Elijah Challenge workers ministered to her in Jesus’ name, she was healed. After that she accepted him as Lord and Savior.”
. “Prafula Kerketta (below), living in the village of Belkuda, had tuberculosis. A local doctor as well as a doctor in the city had already treated him, but he didn’t recover. He had also tried ayurvedic medicine. But nevertheless his health was slowly deteriorating. When our Elijah Challenge workers ministered to him, he was completely healed. Prafula then accepted Jesus Christ.”
.