600 receive Christ in Chattisgarh, Uttar Pradesh, and Punjab as the gospel is preached, and the sick are miraculously healed 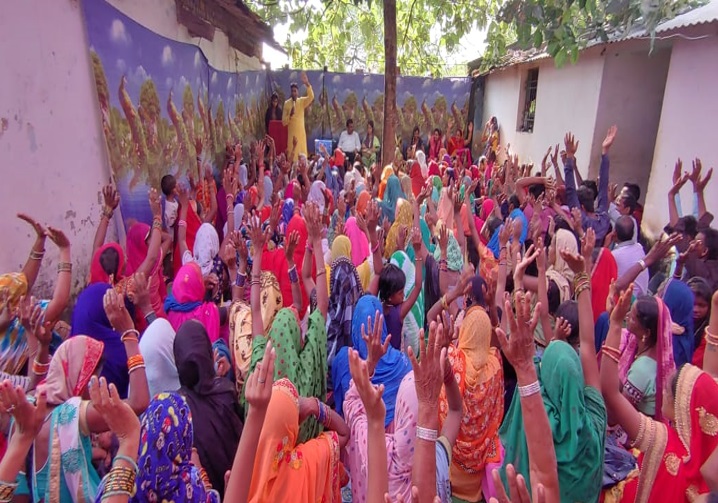 We praise God for the wonderful work that he is doing through His people. In September four major gospel meetings and several house meetings were organized in North India.

One day gospel meeting and feeding event was organized in Village Bhuigaon Pamgarh, Janjgir-Champa District in Chattisgarh. Pastor Hanok Nathaniel preached the gospel and ministered to the gathering of more than 400 people. At least 175 people accepted Jesus Christ as their Saviour. Many were healed of their sickness and ailments. At least 20 people testified of instant healing from back pain, bone pain and migraine. A women testified of healing as she came with excruciating pain due to ulcers in her stomach and after prayer her pain was gone. Another man who was so sick that he was carried to the meeting by his family and friends, stood up on his own and testified of his healing after the prayer. He was also on a liquid diet but after the prayer he ate solid food at this feeding event.
. 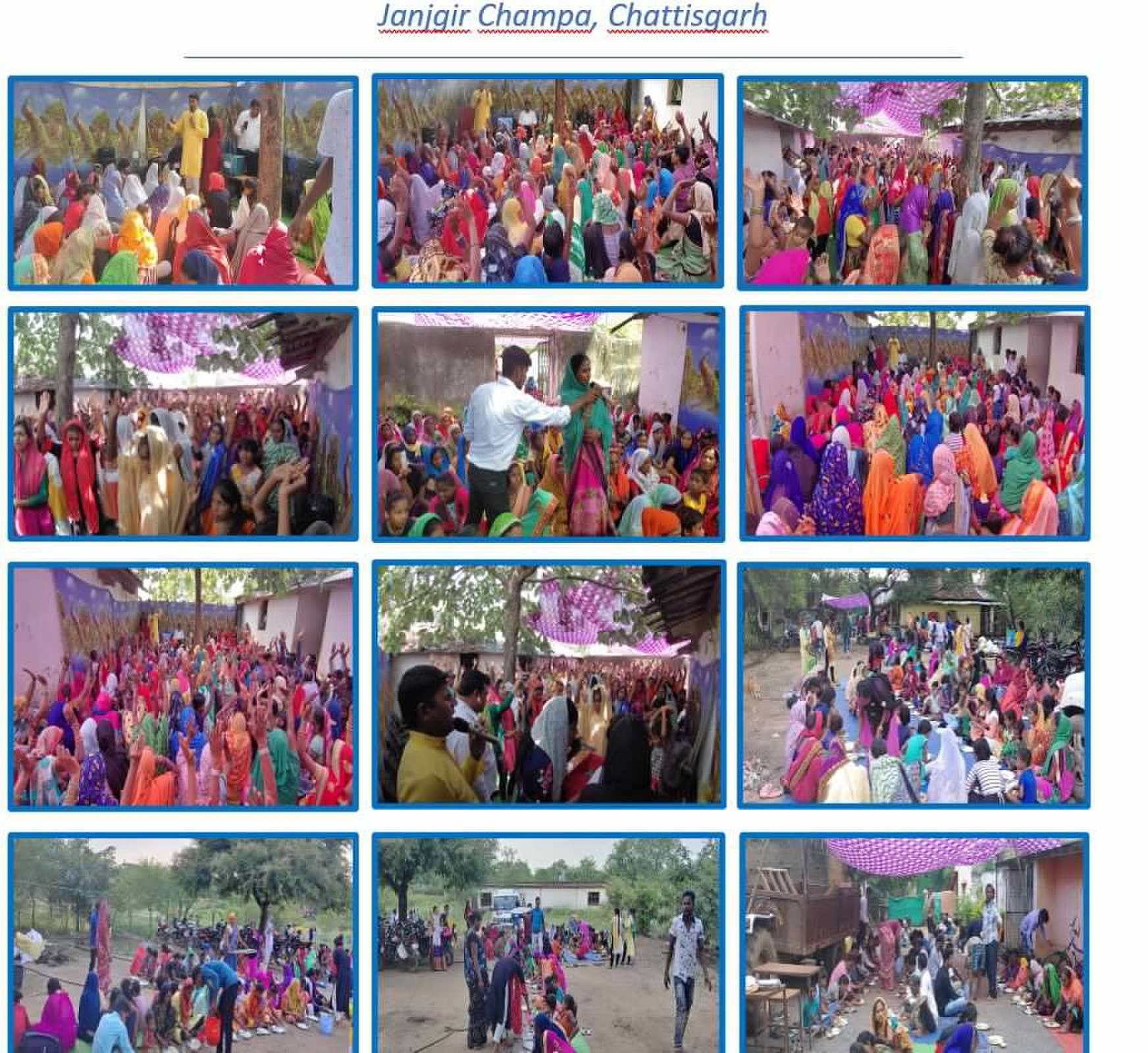 Pastor Dayanand also had a one-day gospel meeting in Gorakhpur, Uttar Pradesh. About 155 people attended this meeting in a small village in Gorakhpur. 65 people gave their lives to Jesus after hearing the Word of God. Some people testified of healing from back pain and stomach ache.  Snacks were served to all after the meeting.
. Two meetings were organised in Punjab this month. One day meeting was organised in Pind Barake Buji (Ferozepur). Pastor Shakuntala shared the Word and ministered along with Pastor Rosan. More than 350 people attended the meeting and around 150 people accepted Jesus as their Lord. Mighty move of Holy Spirit was seen in this meeting as more than 25 people were set free from the evil spirits. At least 30 people received the gift of tongues. Many other testified of healings from different diseases. Pastor Vikas Teji (Mona) baptized 8 people on the same day. Food was served to all after the meeting.
. Pastor Shakuntala Chand, Pastor Vikas Teji (Mona) and Pastor Harpal Singh had another gospel meeting and feeding event in a small town of Pind Lakha Singh (Ferozepur). More than 400 people attended this meeting and about 200 people accepted Jesus Christ as their Lord. Once gain a great move of Holy Spirit was seen in this meeting as about 25 people were delivered from the evil spirits and about 15 people received the gift of tongues. Among the many other testimonies was a testimony of a man who had cervical pain for the last 16 years removed his neck brace and testified as his pain was gone after the prayer. Another young woman who couldn’t walk without a cane threw away her cane and walked normally after the prayer. One 15 years old boy who suffered from Hemophilia came to Pastor Harpal Singh’s church to testify about his healing on the following Sunday as his wounds started to dry up and heal after Pastor Shakuntala prayed for him at the gospel meeting.
. In September we had more than 20 small house prayer meetings in Delhi. By the grace of God, on September 19 Bethel Church, Delhi opened the doors for the in-person Church service. The church will continue to have in-person Church under the leadership of Pastor Shakuntala Chand.  The church continues to have 3 days fasting prayer service on the 1st, 2nd, and the 3rd of every month. A weekly fasting prayer also happens every Friday.  The weekly bible study happens online every Saturday with Nishant David teaching and the Word of God.

Our hearts are bursting with joy and gratitude for all that God is doing in India. A big thank you to all our partners, supporters, co-workers and associate pastors.