“The world is deathly ill. It is dying. The Great Physician has already signed the death certificate. Yet there is still a great work for Christians to do.” 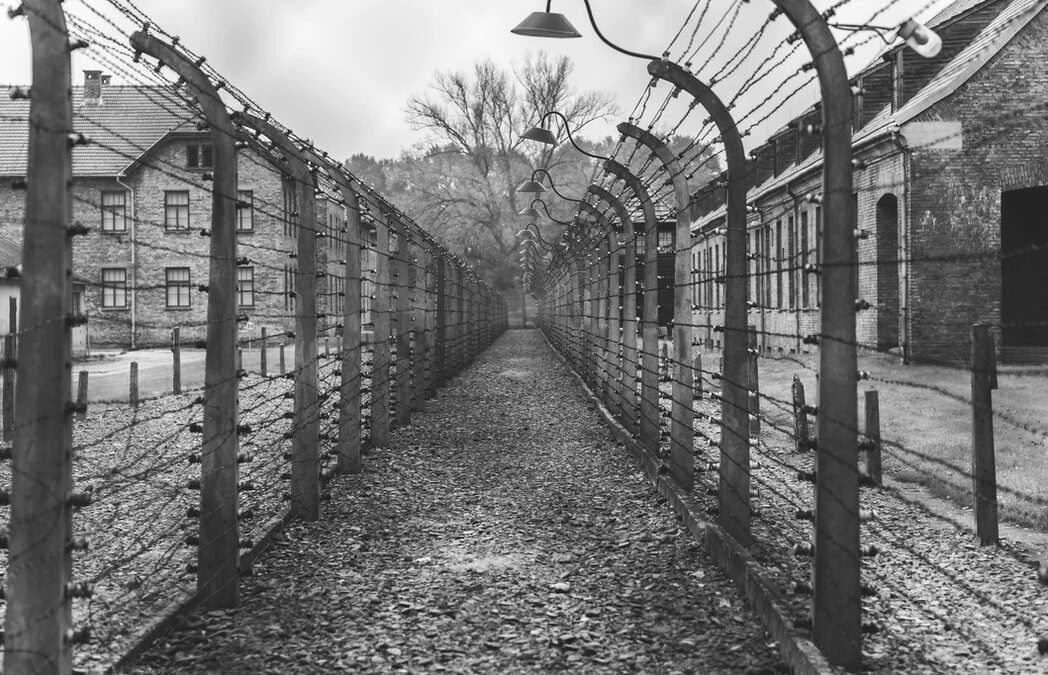 This letter was written by Corrie Ten Boom, a Nazi Concentration
Camp survivor, and lifelong missionary, in 1974.

The world is deathly ill. It is dying. The Great Physician has already
signed the death certificate. Yet there is still a great work for
Christians to do. They are to be streams of living water, channels of
mercy to those who are still in the world. It is possible for them to do
this because they are overcomers.

Christians are ambassadors for Christ. They are representatives from
Heaven to this dying world. And because of our presence here, things
will change.

My sister, Betsy, and I were in the Nazi concentration camp at
Ravensbruck because we committed the crime of loving Jews.
Seven hundred of us from Holland, France, Russia, Poland and
Belgium were herded into a room built for two hundred. As far as
I knew, Betsy and I were the only two representatives of Heaven in that room.

We may have been the Lord’s only representatives in that place of
hatred, yet because of our presence there, things changed. Jesus
said, “In the world you shall have tribulation; but be of good cheer,
I have overcome the world.” We too, are to be overcomers – bringing
the light of Jesus into a world filled with darkness and hate.

Sometimes I get frightened as I read the Bible, and as I look in this
world and see all of the tribulation and persecution promised by the
Bible coming true. Now I can tell you, though, if you too are afraid,
that I have just read the last pages. I can now come to shouting
“Hallelujah! Hallelujah!” for I have found where it is written that
Jesus said, “He that overcometh shall inherit all things: and I will be
His God, and he shall be My son.” This is the future and hope of this
world. Not that the world will survive – but that we shall be overcomers
in the midst of a dying world.

Betsy and I, in the concentration camp, prayed that God would heal
Betsy who was so weak and sick. “Yes, the Lord will heal me,”,
Betsy said with confidence. She died the next day and I could not
understand it. They laid her thin body on the concrete floor along
with all the other corpses of the women who died that day.

It was hard for me to understand, to believe that God had a purpose
for all that. Yet because of Betsy’s death, today I am traveling all
over the world telling people about Jesus.

There are some among us teaching there will be no tribulation, that the
Christians will be able to escape all this. These are the false teachers
that Jesus was warning us to expect in the latter days. Most of them
have little knowledge of what is already going on across the world. I
have been in countries where the saints are already suffering terrible
persecution. In China, the Christians were told, “Don’t worry, before
the tribulation comes you will be translated – raptured.” Then came
a terrible persecution. Millions of Christians were tortured to death.
Later I heard a Bishop from China say, sadly, “We have failed. We
should have made the people strong for persecution rather than
telling them Jesus would come first. Tell the people how to be
strong in times of persecution, how to stand when the tribulation
comes – to stand and not faint.”

I feel I have a divine mandate to go and tell the people of this world
that it is possible to be strong in the Lord Jesus Christ. We are in
training for the tribulation, but more than sixty percent of the Body
of Christ across the world has already entered into the tribulation.
There is no way to escape it. We are next.

Since I have already gone through prison for Jesus’ sake, and since
I met the Bishop in China, now every time I read a good Bible text I
think, “Hey, I can use that in the time of tribulation.” Then I write it
down and learn it by heart.

When I was in the concentration camp, a camp where only twenty
percent of the women came out alive, we tried to cheer each other
up by saying, “Nothing could be any worse than today.” But we
would find the next day was even worse. During this time a Bible
verse that I had committed to memory gave me great hope and joy.
“If ye be reproached for the name of Christ, happy are ye; for the
spirit of glory and of God resteth upon you; on their part evil is
spoken of, but on your part He is glorified.” (I Peter 3:14) I found
myself saying, “Hallelujah! Because I am suffering, Jesus is glorified!”

In America, the churches sing, “Let the congregation escape
tribulation”, but in China and Africa the tribulation has already
arrived. This last year alone more than two hundred thousand
Christians were martyred in Africa. Now things like that never get
into the newspapers because they cause bad political relations.
But I know. I have been there. We need to think about that when
we sit down in our nice houses with our nice clothes to eat our
steak dinners. Many, many members of the Body of Christ are
being tortured to death at this very moment, yet we continue
right on as though we are all going to escape the tribulation.

Several years ago I was in Africa in a nation where a new govern-
ment had come into power. The first night I was there some of the
Christians were commanded to come to the police station to register.
When they arrived they were arrested and that same night they
were executed. The next day the same thing happened with other
Christians. The third day it was the same. All the Christians in the
district were being systematically murdered.

The fourth day I was to speak in a little church. The people came,
but they were filled with fear and tension. All during the service
they were looking at each other, their eyes asking, “Will this one
I am sitting beside be the next one killed? Will I be the next one?”

The room was hot and stuffy with insects that came through the
screenless windows and swirled around the naked bulbs over the
bare wooden benches. I told them a story out of my childhood.

“When I was a little girl, ” I said, “I went to my father and said,
“Daddy, I am afraid that I will never be strong enough to be a martyr
for Jesus Christ.” “Tell me,” said Father, “When you take a train
trip to Amsterdam, when do I give you the money for the ticket?
Three weeks before?” “No, Daddy, you give me the money for the
ticket just before we get on the train.” “That is right,” my father
said, “and so it is with God’s strength. Our Father in Heaven knows
when you will need the strength to be a martyr for Jesus Christ.
He will supply all you need – just in time…”

My African friends were nodding and smiling. Suddenly a spirit of
joy descended upon that church and the people began singing, “In
the sweet by and by, we shall meet on that beautiful shore.” Later
that week, half the congregation of that church was executed. I
heard later that the other half was killed some months ago.

But I must tell you something. I was so happy that the Lord used
me to encourage these people, for unlike many of their leaders, I
had the word of God. I had been to the Bible and discovered that
Jesus said He had not only overcome the world, but to all those
who remained faithful to the end, He would give a crown of life.

How can we get ready for the persecution? First we need to feed
on the word of God, digest it, make it a part of our being. This will
mean disciplined Bible study each day as we not only memorize
long passages of scripture, but put the principles to work in our lives.

Next we need to develop a personal relationship with Jesus Christ.
Not just the Jesus of yesterday, the Jesus of History, but the life-
changing Jesus of today who is still alive and sitting at the right
hand of God.

We must be filled with the Holy Spirit. This is no optional command
of the Bible, it is absolutely necessary. Those earthly disciples
could never have stood up under the persecution of the Jews and
Romans had they not waited for Pentecost. Each of us needs our
own personal Pentecost, the baptism of the Holy Spirit. We will
never be able to stand in the tribulation without it.

In the coming persecution we must be ready to help each other
and encourage each other. But we must not wait until the tribulation
comes before starting. The fruit of the Spirit should be the dominant
force of every Christian’s life.

Many are fearful of the coming tribulation, they want to run. I, too,
and a little bit afraid when I think that after all my eighty years,
including the horrible nazi concentration camp, that I might have
to go through the tribulation also. But then I read the Bible and I am glad.

When I am weak, then I shall be strong, the Bible says. Betsy and
I were prisoners for the Lord, we were so weak, but we got power
because the Holy Spirit was on us. That mighty inner strengthening
of the Holy Spirit helped us through. No, you will not be strong in
yourself when the tribulation comes. Rather, you will be strong in
the power of Him who will not forsake you. For seventy-six years
I have known the Lord Jesus and not once has He ever left me, or
let me down. Though He slay me, yet will I trust Him, for I know
that to all who overcome, He shall give the crown of life. Hallelujah!