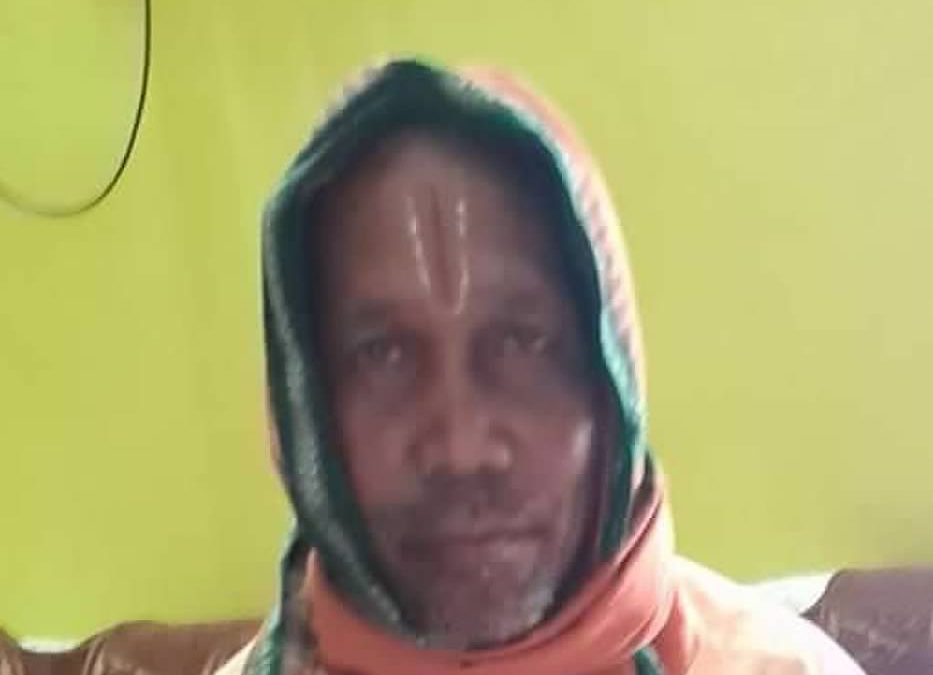 “Thank you so much for your intercessory and financial support for the extension of His kingdom here in India. Every Sunday and Friday we are waiting to hear from our harvest workers about their ministries. Praise God that until today they are safe, sound and fruitful.”

“In the village of Jaring lives a senior leader of the Hindu Sanatana Dharma people whose name is Nilamani Majhi (below). He suffered terribly from arthritis and muscle pain. Nilamani had been beaten down with disappointment after being treated at several hospitals, then by Hindu priests, and after that by sorcerers—all in vain. Then one of our trained believers ministered to him in the name of Jesus Christ. He was miraculously healed. After that he came to us and shared how much he had suffered. We believe that many of the Hindu Sanatana Dharma people will come to Christ through his powerful testimony.”
. “Sarita Sabar, a fifteen-year-old young lady living in the village of Utkela, had an infection in her uterus. She had been treated at the big hospital in the city of Vishakapatnam, but there was no change. She received more advanced treatment elsewhere but to no avail. Her family took her to a sorcerer who did some mantras for her. He also had her on medication for months, but her condition worsened. Finally her family met with one of our Elijah Challenge workers who ministered to Sarita in Jesus’ name. The Lord healed her miraculously, and her parents accepted Him as Lord and Saviour.”
. “For a long time, Gurubari Naik (below) who lived in the village of Dumberbhal had a stomach infection, so severe that she had become totally dependent on medication. Whenever the pain hit her, she would immediately take the medicine for some relief. Our Elijah Challenge workers ministered to her, and she was set free from her long-term suffering. Gurubari and her husband accepted Christ.”
. “For over a year, elderly Ambika Dandsena (below) had back pain. She lived in the village of Mayabhal, and was under regular medication. She had much difficulty walking and so work was a hardship for her. Since her family was poor, she couldn’t afford to seek treatment at the district hospital. But praise God, when our Elijah Challenge workers reached her and ministered to her in Jesus’ name, she was miraculously healed. She and her entire family accepted Jesus.”
. “Rubani (below) lived in the village of Maledihi. Owing to an eye infection she couldn’t see properly for a few days. Despite taking the medicine prescribed by her doctor, her eyesight wasn’t completely restored. It was wonderful that Rubani’s eyes were miraculously healed as our Elijah Challenge workers ministered to her. She is now attending one of our over 450 house churches planted since 2018.”
.